Nollywood actress, Adesua Etomi Wellington has aired her opinion on the responsibility that comes with being a woman in Nigeria.

The actress has been one of the prominent advocates for Busola Dakolo, who alleged that the senior pastor of COZA, Biodun Fatoyinbo raped her when she was a teenager. 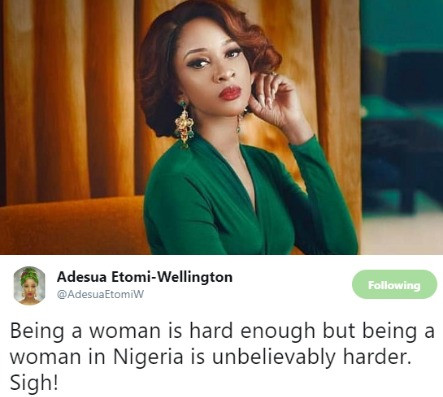 Do you agree with her view?