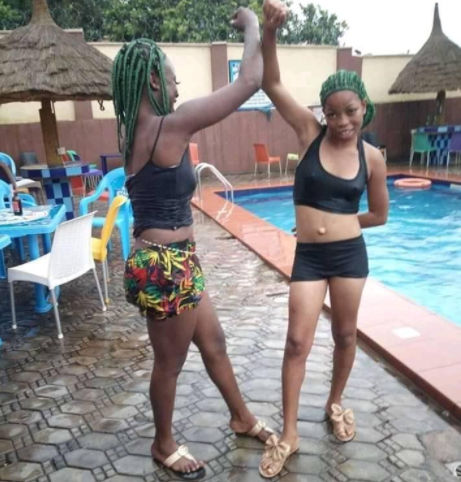 Some photos have emerged on the social media scene where two girls were seen being subjected to public disgrace and ridicule for allegedly posing to be a member of the Black Axe confraternity group.

According to the photos which were posted on the official Facebook page of the confraternity group, the two ladies were initially pictured all smiles as they imitated the mode of greeting of the group, before they were nabbed, stripped and subjected to public ridicule.

The Black Axe confraternity went on to caption the photo: “Hold and behold, this is what you get when you impersonate what you don’t belong to. It’s actually not a child’s play. It’s called blackism. Stay off if you don’t belong. We are Neo Blackism.”

What was posted on the Blackism official Facebook page; 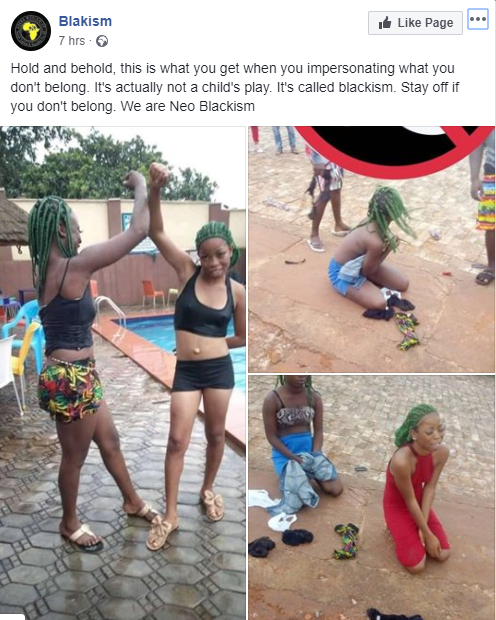