Controversial journalist, Kemi Olunloyo has made another revelation about the Busola Dakolo rape allegation against Pastor Biodun Fatoyinbo.

Kemi Olunloyo has announced that Busola Dakolo’s claims that she was raped by Pastor Fatoyinbo in a doggy style on his Mercedes Benz 20 years ago are false and fabricated.

Olunloyo revealed that Pastor Fatoyinbo never had a Benz at the period under investigation.

@busoladakolo said in her interview that Pastor @biodunfatoyinbo bent her over on the bonnet of his Mercedes when he picked her up to babysit a non-existent baby in 1999 twenty years ago. I already told you Shindara wasn’t born till 2002. What he used to drive was a 1975 Toyota Crown, later he changed to a blue Toyota Corolla. My Investigation shows Fatoyinbo did not drive a Mercedes till 2003. Was Mrs Dakolo not paying attention to the car she did Doggie style sex on? It was fabricated. Nothing of the sort happened. NO SEX, NO RAPE. 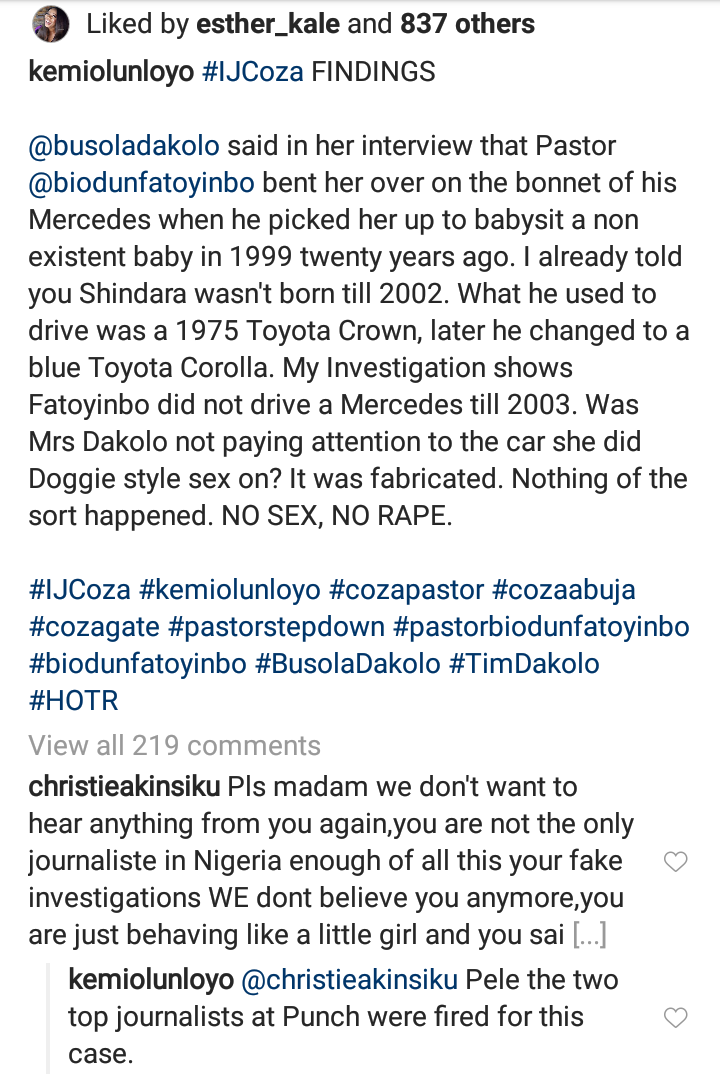 Recall that the controversial journalist had earlier said that Busola Dakolo was fabricating everything she is saying against Pastor Fatoyinbo.