Busola Dakolo, wife of singer Timi Dakolo, seems to be slowly recovering from her explosive interview as she was spotted hanging out with her friends Waje, Bovi, Debola Williams, Latasha Ngwube on Sunday.

The beautiful photographer and mother of three was all smiles in the first photos of her taken exactly two weeks after she accused founder of Commonwealth of Zion Assembly (COZA), Pastor Biodun Fatoyinbo of rape.

Reports claim she has finally filed a formal complaint to the police who have since begun their investigation on the matter.

There were reports that Busola had been traumatized and crying endlessly since the interview.

However, it appears she is doing just fine in these new photos. 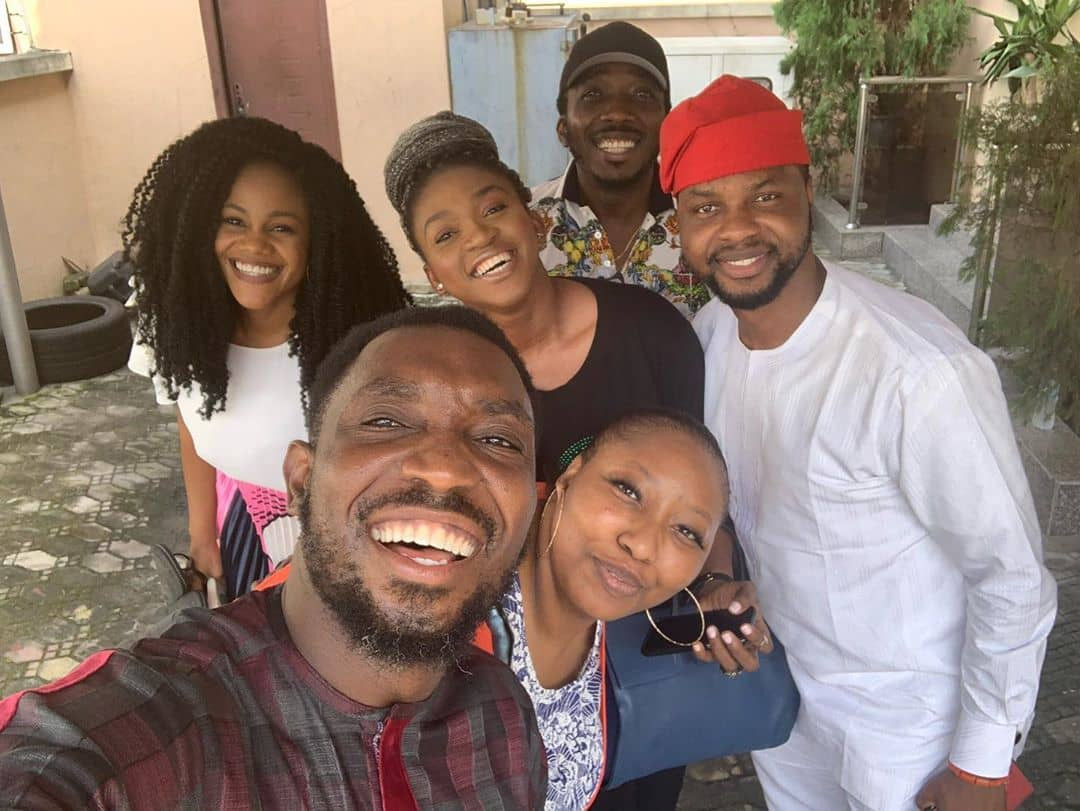