Controversial Investigative journalist, Kemi Olunloyo, has revealed in her new post that a member of the Christian Association of Nigeria, CAN, has been begging her not to tell the truth about Pastor Biodun Fatoyinbo and Busola Dakolo rape allegation saga.

The controversial journalist pointed out that three churches will be damaged if she reveals the truth about the entire rape allegations levelled against Pastor Fatoyinbo.

However, Kemi Olunloyo warned those who are dropping negative comments on her page concerning pastor Fatoyinbo’s rape allegation.

Also Read: Alleged Rape: I Am Not Your Friend If You Don’t Celebrate M Husband – Fatoyinbo’s Wife 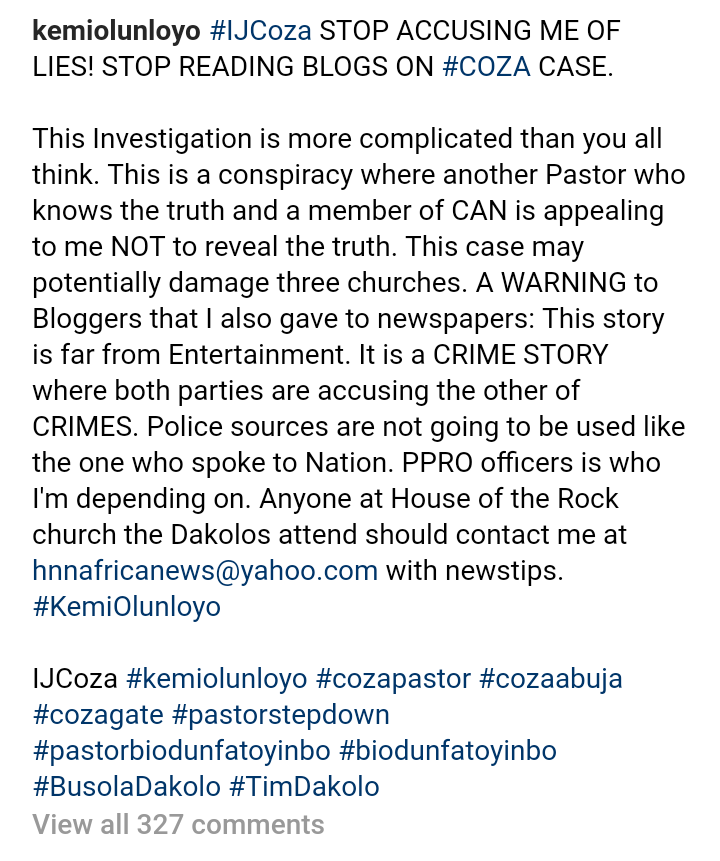