Last week, the singer had called out the newspaper to deny that he attacked celebrities for protesting against COZA pastor, Biodun Fatoyinbo, who is currently enmeshed in a rape scandal.

In a letter written to Vanguard through his lawyers, Kizz Daniel is demanding a public apology and withdrawal of the publication.

The singer also wants a written undertaking from the newspaper house not to publish anything about him without confirmation and the sum of 100million naira to cover for reputational damage he has already suffered. 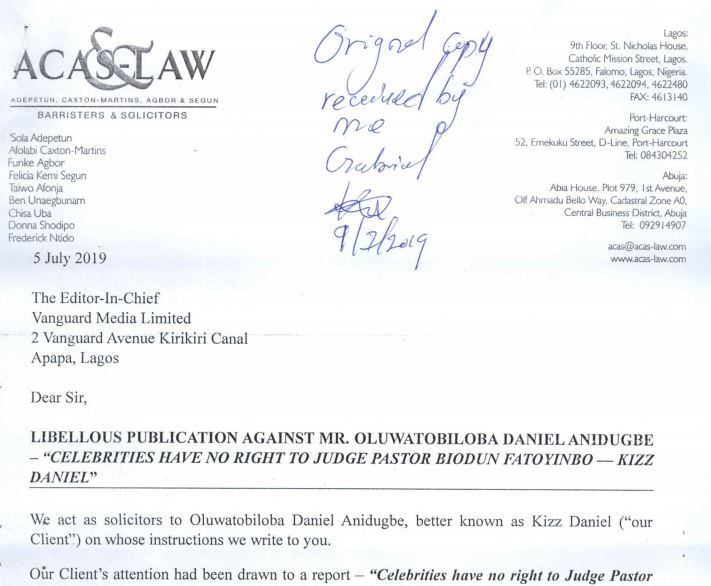 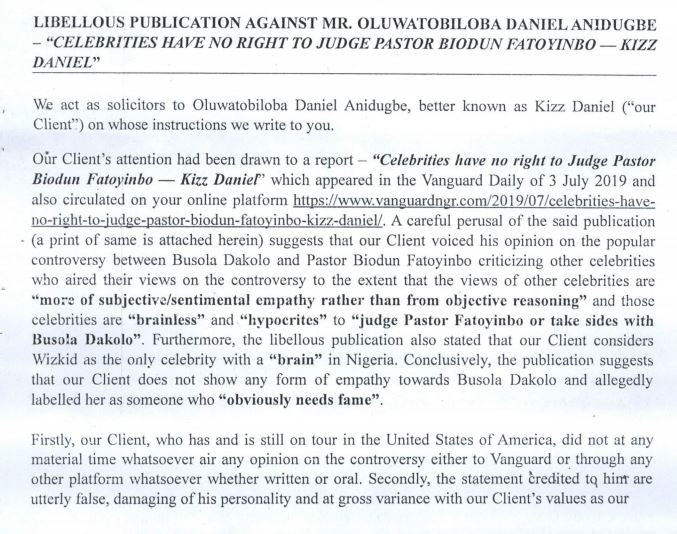 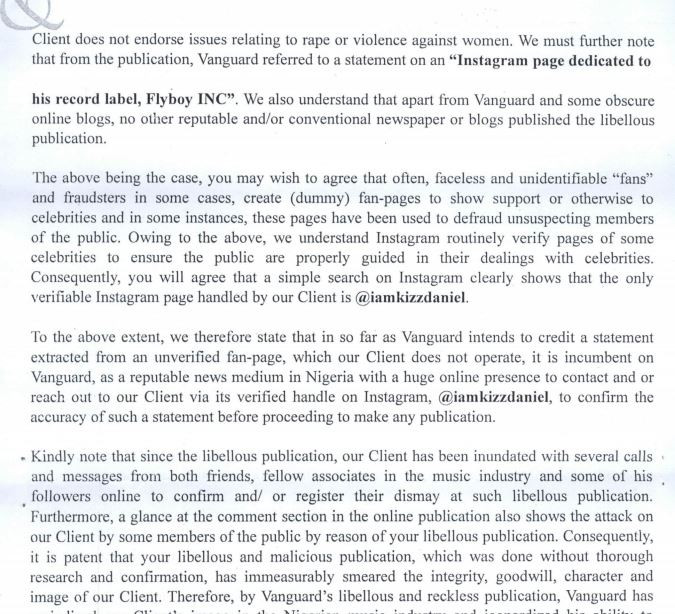 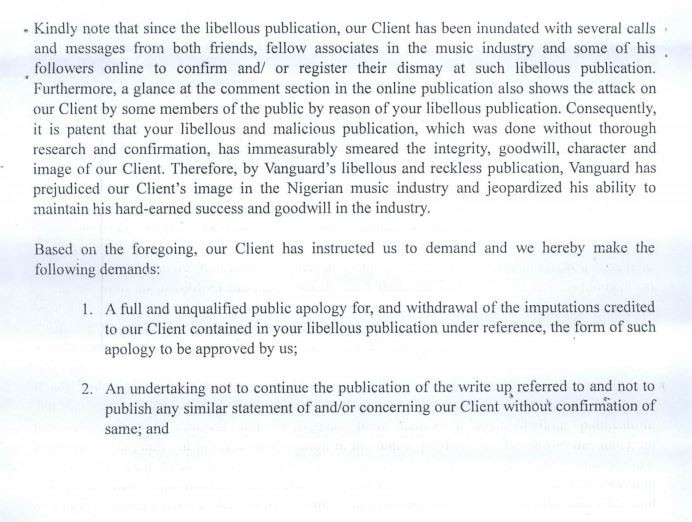 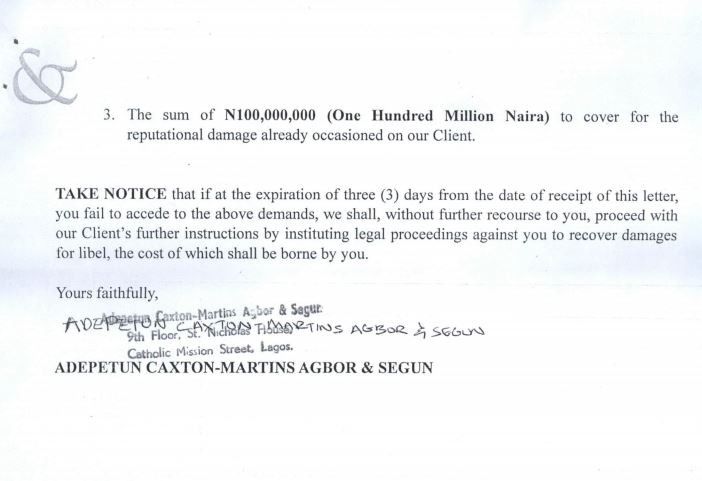