Yomi Black’s comment is in reference to Desmond Elliot’s notion that foreign films should be banned to promote Nollywood films.

This is not the type of Nollywood flick we were talking about yesterday.! No time

Also reacting to the movie, Toyin Abraham stated that she can bet the movie is fake as someone can change an old movie title to ‘one stupid title’.

I can bet 100percent is so fake, someone will just change old film to one stupid title 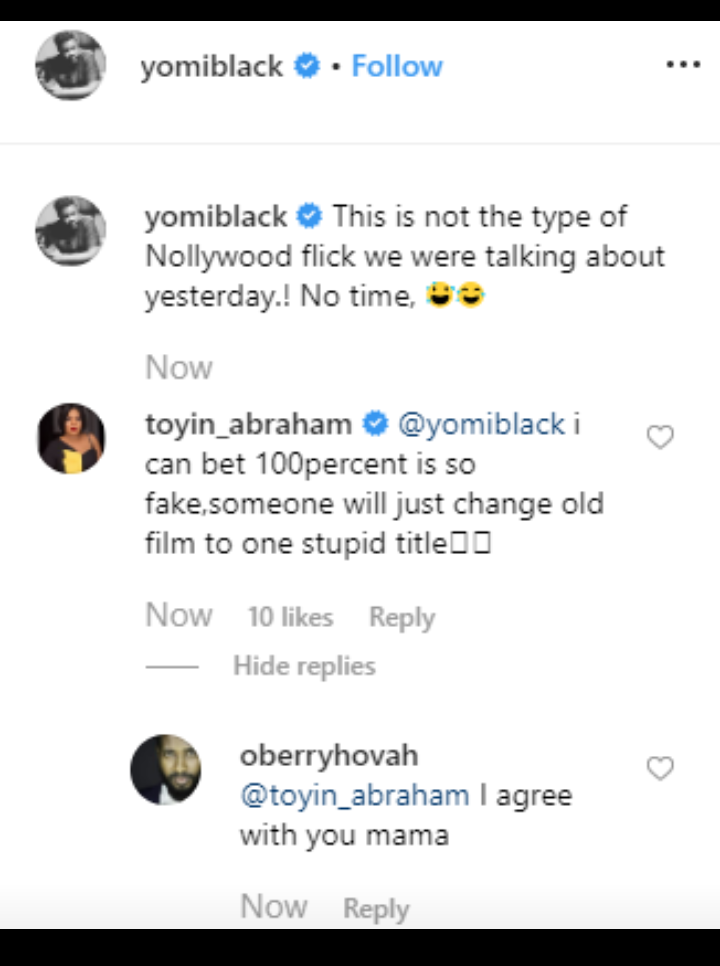 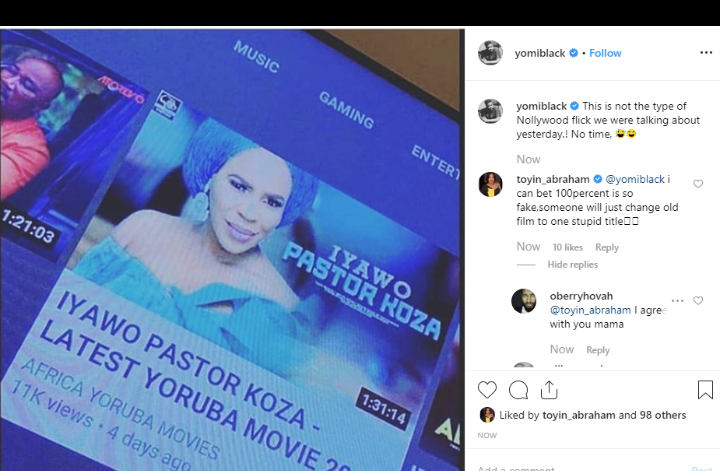