Curvy Yoruba actress, Nkechi Blessing has publicly come out to support Tacha in a post she dropped on her Instagram page.

Nkechi further shared a post on her Insta story calling out Frodd.

Nkechi shared a post to show love to Tacha amidst the controversies surrounding her; she applauded the Instagram celebrity for succeeding as she remains in the house after the last eviction show on which she was placed on fake eviction by big brother.

She also called out Frodd in her Insta story saying she’s single. 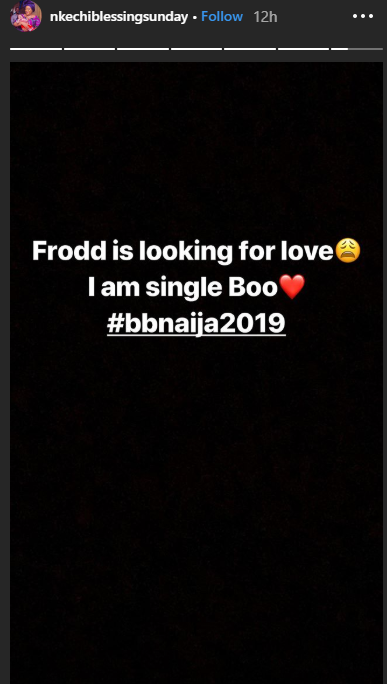