A Nigerian man on Twitter has lamented on one of the strange happenings in the city of Lagos, which involved a bus driver using a shower head in place of a gear stick to drive. 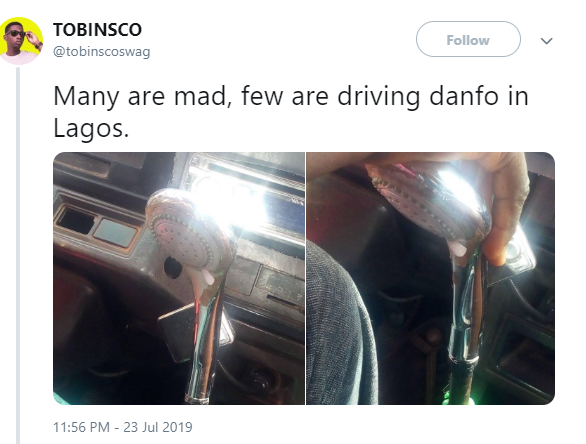 The Twitter user shared a photo of a bus he boarded where the driver’s gear stick was a discarded shower head.

Sharing the photo he wrote: “Many are mad, few are driving danfo in Lagos”. 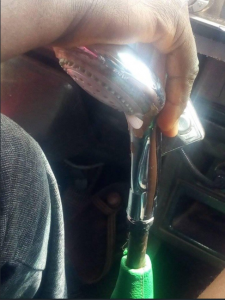 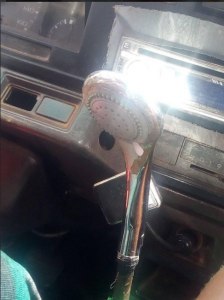 Many are mad, few are driving danfo in Lagos. pic.twitter.com/8xEos2eB6p