Award-winning superstar and DMW boss, Davido has shared on his twitter page that he will be working with former YBNL artiste, Lyta.

The fast-rising musician, Opeyemi Babatunde Rahim, popularly known as Lyta, got a surprise Tweet from Davido, as he tweeted, “Who’s ready for that OBO X @official_lyta.”

This is coming weeks after the young lad took his exit from Olamide’s record label, YBNL recently due to some personal issues he faced during his stay.

In a recent interview that surfaced online, Lyta opened up about the events that led to his exit from the label, as well as his battle with depression and his mother’s blindness.

Fielding a question about the nature of his deal with the label, the young hip hop act claimed that he never had any written contract with YBNL as he was only spotted on the street and brought into the label by Olamide.

ALSO READ: “I never had a written contract with Olamide” – Lyta Finally Cries Out 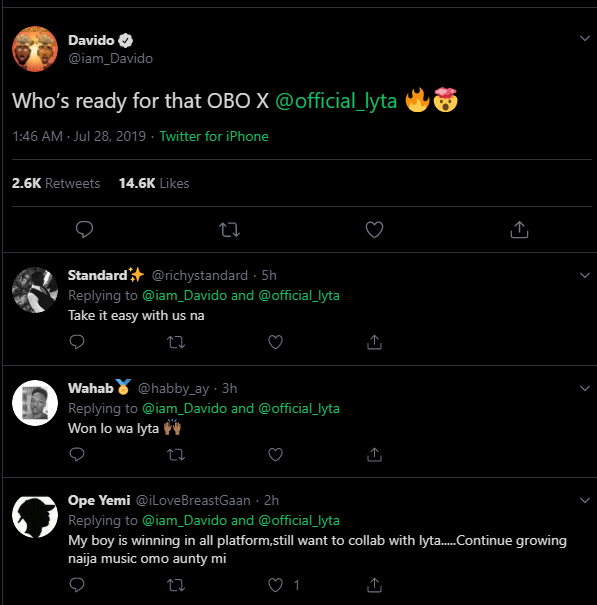