Nigerian multiple award-winning singer, Davido, has hit over 1.6 Million views on YouTube for his ‘blow my mind’ video with international star, Chris Brown.

The collaboration between the Nigerian Afropop star, Davido and International RnB star Chris Brown has been highly anticipated after both artists dropped the artwork for the song.

The track, which was released last week on Wednesday, was reported to be the most trending song in the country.

The video of the song was released after Davido instructed his fan to give him 20k comments on his Instagram page before he drops the song.

The song was dropped on Tuesday, and it has gotten over 1.6 million views at the time of this report. 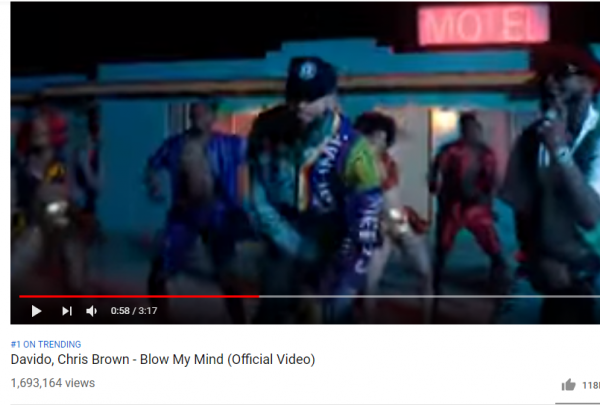