The frenzy over the release of Beyonce’s new album, Lion which featured many Nigerian A-list artistes is going up.

However, despite the celebration of the feat by these Nigerian acts, the performance has not gone down well with everyone.

A troll on twitter called out Wizkid over his performance in the song “Brown Skin Girl” as he described starboy as being overrated.

Reacting to this, Mavins Boss, Don Jazzy who earlier declared that Nigeria is set to produce a grammy award winner slammed the troll.

“Happiness go Dey run from you like this oooo” 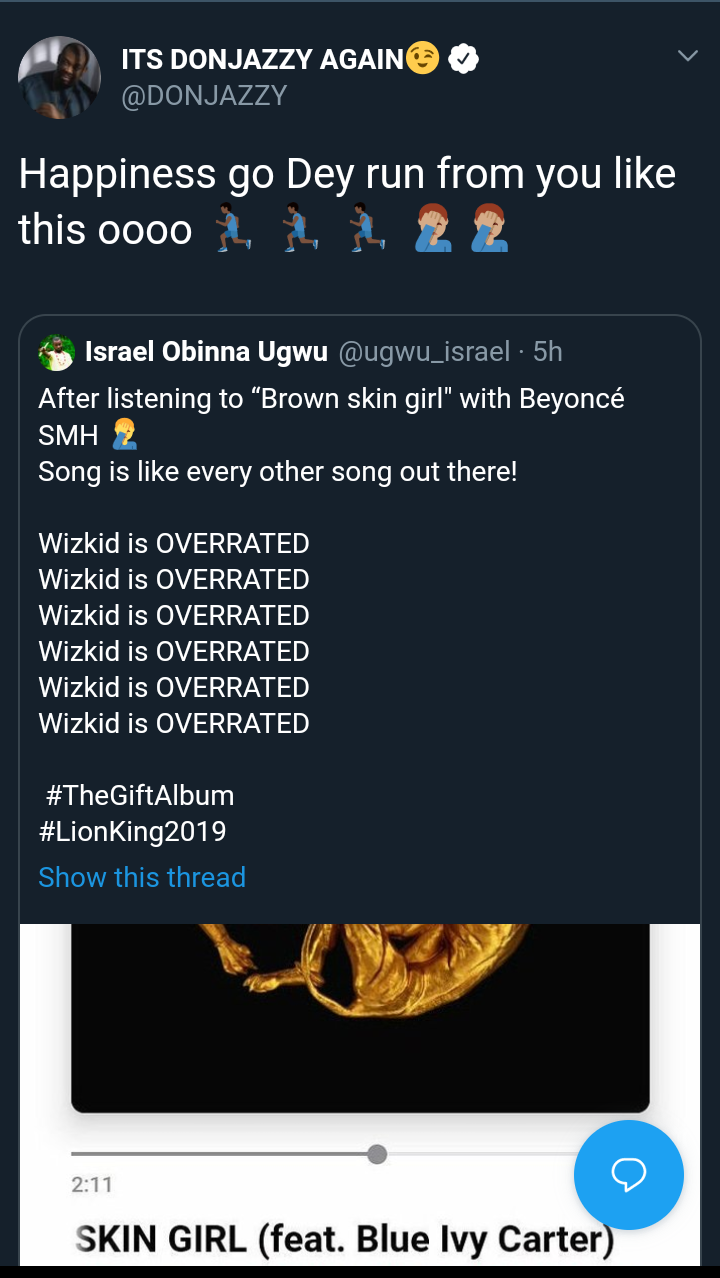