Mavins boss, Don Jazzy, has reacted to the feature of Nigerian singers on Beyonce’s new album for the eagerly anticipated movie Lion King.

Don Jazzy, while reacting to this feat, pointed out that Nigeria is set to grab the elusive Grammy award.

“It’s safe to say Our people are finally getting that Grammy hehe. Cos Beyonce go Dey world category this time around haha. And once the album wins world album of the year. Gbas gbos” 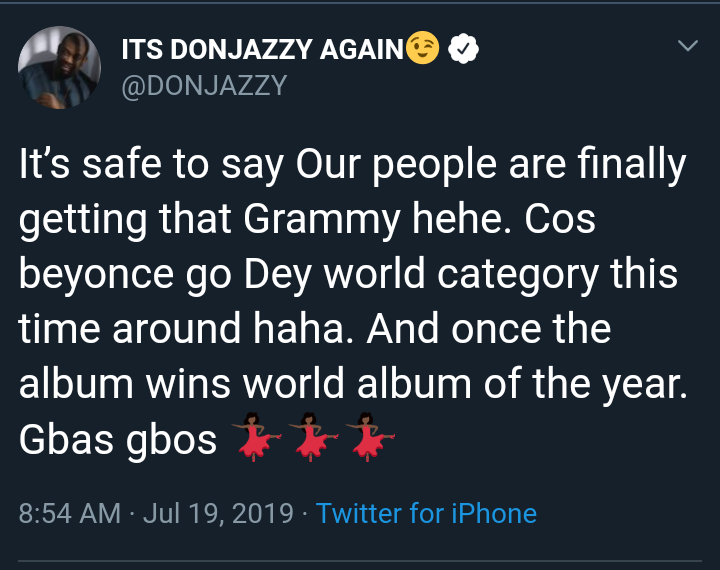