Former Minister of Aviation, Femi Fani-Kayode has described President Buhari as ‘a citadel of despair and the harbinger of darkness.’

The former aviation minister is one of the noisiest critics of President Buhari led administration.

Fani-Kayode, in his recent tweet on Sunday, called out the British ambassador to the US, Sir Kim Darroch over his comments that the United States President, Donald Trump is ‘inept and dysfunctional.’

It is @MBuhari that is “incompetent, inept and insecure” and [email protected] If the British Ambassador to the U.S. doubts that I urge him to move to Nigeria. Trump is a beacon of hope and the bearer of light. Buhari is a citadel of despair and the harbinger of darkness. 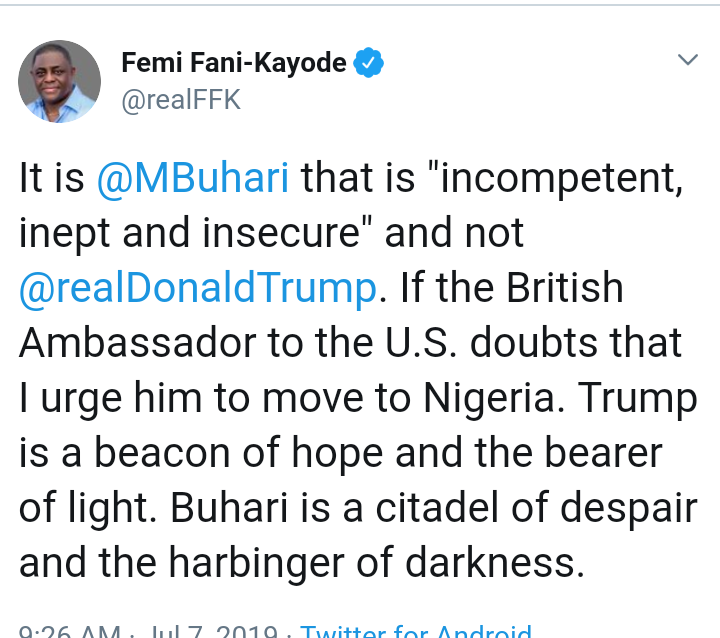 Recall that the former Aviation Minister over the weekend ridiculed President Buhari, describing him as slow, dull and archaic.