Former minister of aviation, Femi Fani-Kayode had revealed the three biggest mistakes President Muhammadu Buhari has made that he will regret.

Femi Fani-Kayode is reacting to the news that the shiite group has been proscribed as a result of their violent protest that led to the deaths of a police officer and a youth corper.

The 3 biggest mistakes @MBuhari has made are:

1. To proscribe IPOB and persecute its members.

2. To proscribe IMN and persecute its members.

3. To encourage the mass murder of Nigerians by Fulani herdsmen and refuse to declare them as terrorists. He will regret ALL three! 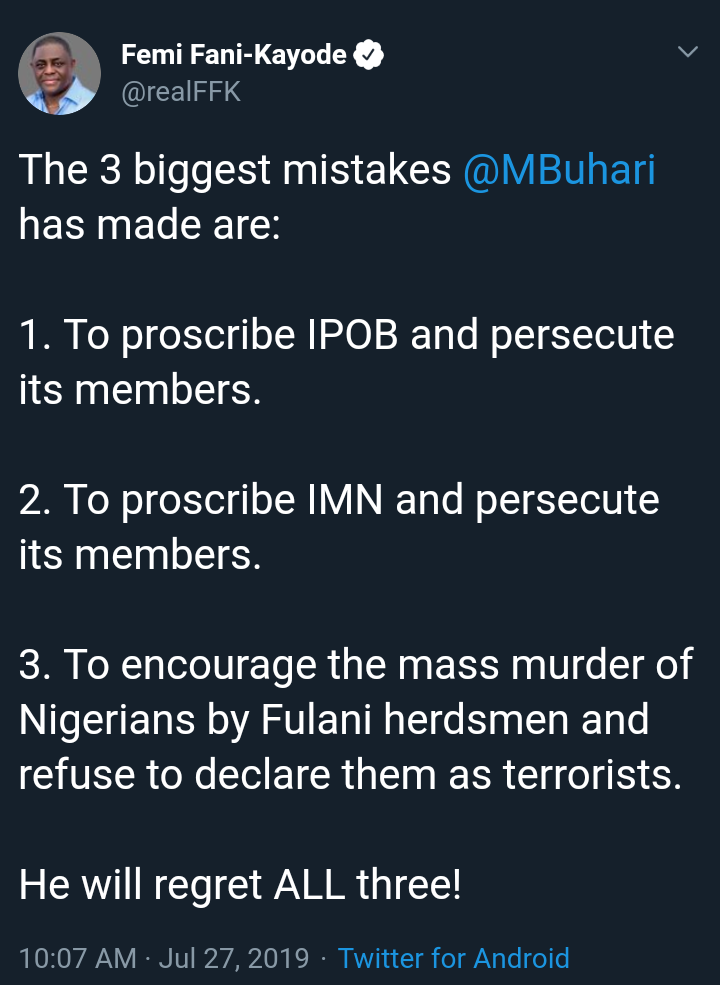