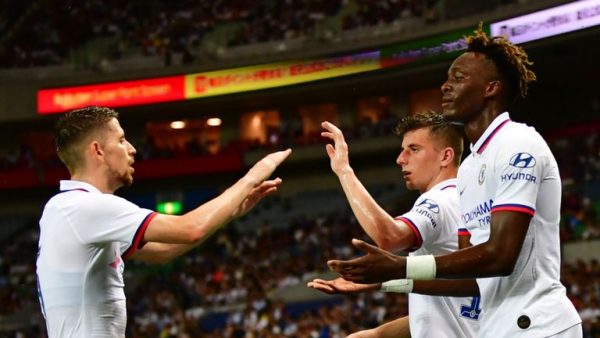 Chelsea team recorded their second pre-season victory, as they beat Spanish champions Barcelona 2-1 at the Saitama Stadium in Tokyo.

Frank Lampard who has played four matches in the pre-season games has won two, drew one and lost one.

His win against Barcelona has however shut critics who said Frank Lampard is not good enough for the job.

The goals were scored by Tammy Abraham and Ross Barkley while Barcelona midfielder, Rakitic scored a consolation goal at 91mins

ALSO READ: What Chelsea Legend, Frank Lampard, Said After His Hard Fought Display Against Former Club, Chelsea, Is A Must Read