Big Brother ‘Pepper Dem’ housemates, Gedoni and Khafi have been caught having sex again in the house for the third time.

The lovebirds were caught on camera having sex under the sheets as usual while other housemates were fast asleep in the middle of the night.

The footage showed the lovebirds move their bodies in ecstasy under the sheet.

Information Nigeria recalls the BBnaija couple first had sex in the house on Saturday, July 20 and then it happened again on Tuesday, July 23.

Fans have taken to Twitter to troll the pair for their continuous sex escapades.

A used condom was also found in the toilet and fans are tracing it to the pair.

Although, none of the housemates admitted to being the culprit.

Khafi felt that someone had masturbated into a condom urging the housemates not to take it serious.

ALSO READ: Ebuka Trends On Twitter For Putting Tacha On The Spot

Ike, however, sarcastically replied her saying,

The truth eventually came out revealing Ike, Mercy, and Diane to be the culprits that planted the fake condom in the toilet to disrupt the house.

See videos and reactions below: 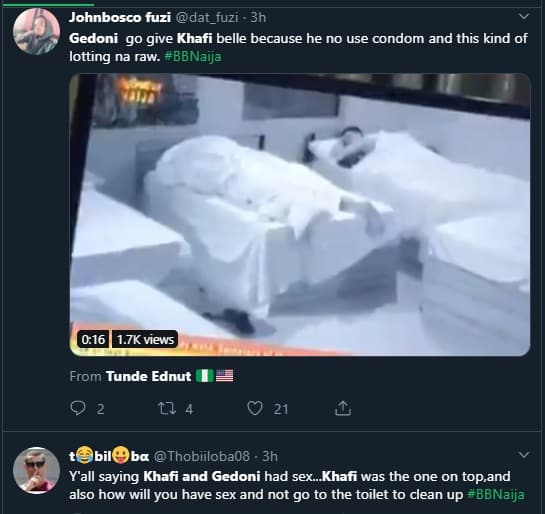 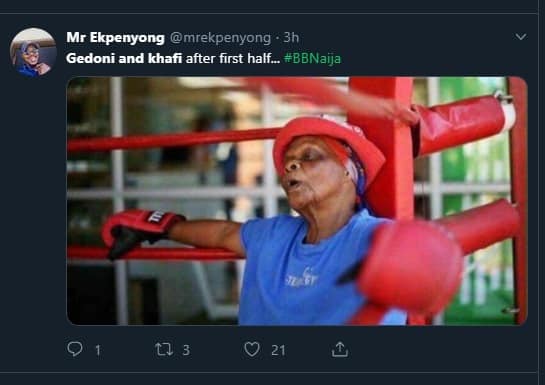 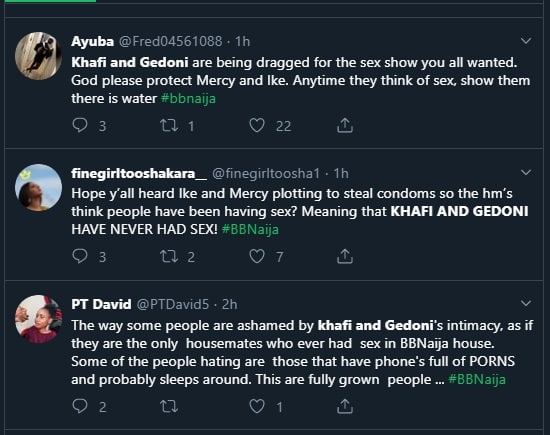 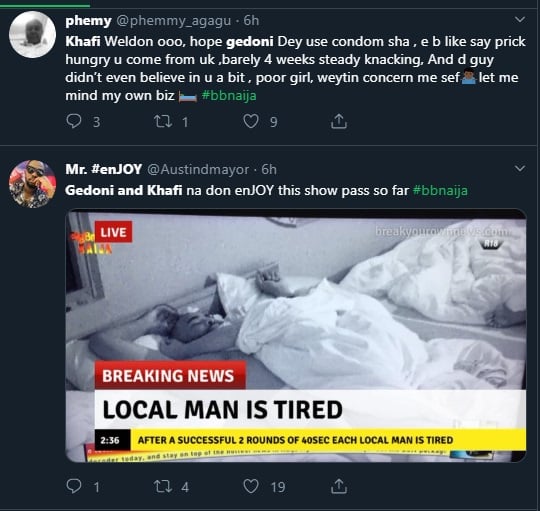