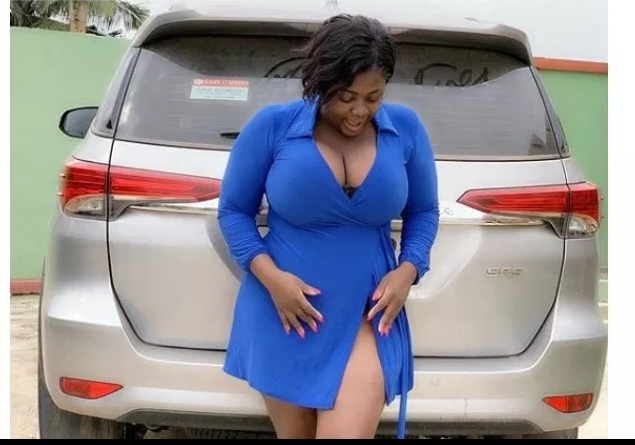 Ghanaian actress and movie producer, Tracey Boakye has tendered an apology for her statement about using men.

The actress has stated that she would use men to satisfy her desires and kick them out after she is done with them.

The mother of one stated during an interview while promoting her new movie ‘Baby Mama’.

She has now tendered an apology to those who got hurt with her statement saying she only meant it as a joke.

“Hello Ghana, Good morning to everybody. My name is Tracey as you know. And there is this video trending on social media when Zion was interviewing my friend and I just walked in to joke. I t was just a joke nothing serious. I beg everybody…my fans, friends, family and everybody. Please, I was just joking I didn’t mean it. I haven’t gotten to any level…you know the kind of person I am,” Tracey Boakye explained and apologized in a video.