National Chairman of the All Progressives Congress (APC) Adams Oshiomole and Edo state governor Godwin Obaseki were all smiles today at the state house in Abuja, despite their silent battle for control of the Edo state House of Assembly.

A faction of the Assembly have pledged allegiance to the state governor; another faction has pledged their allegiance for Oshiomole.

This has led to serious crisis in the Assembly with both parties parading a leader for the House of Assembly.

Recently, Obaseki said he is being attacked because he refused to share the state resources. 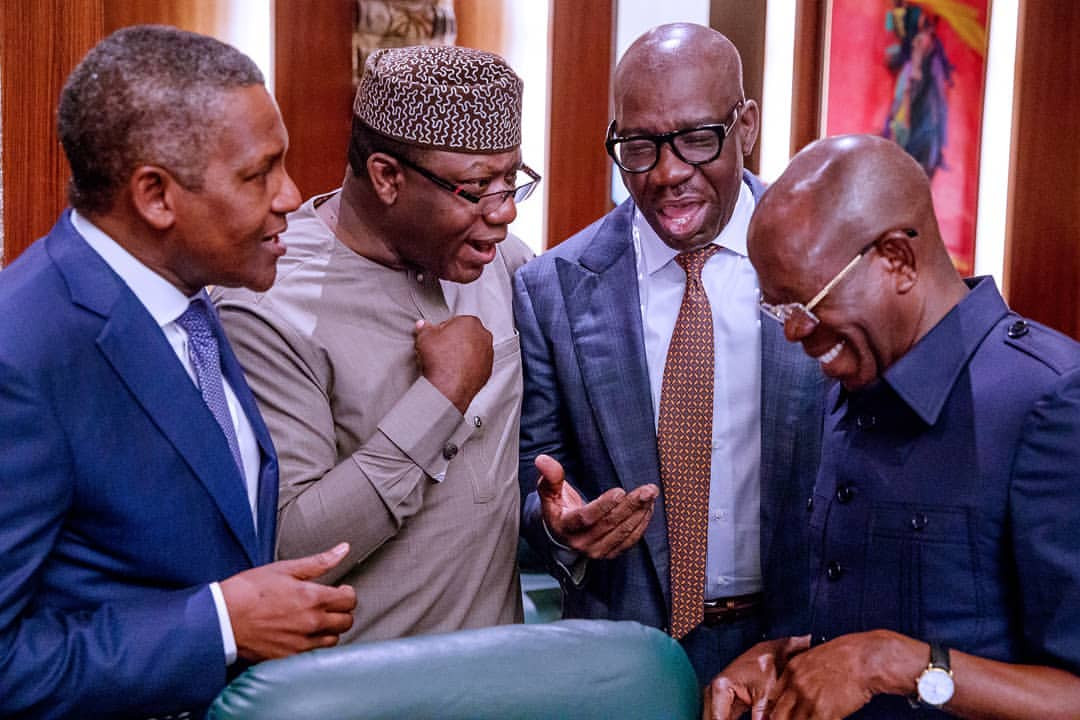 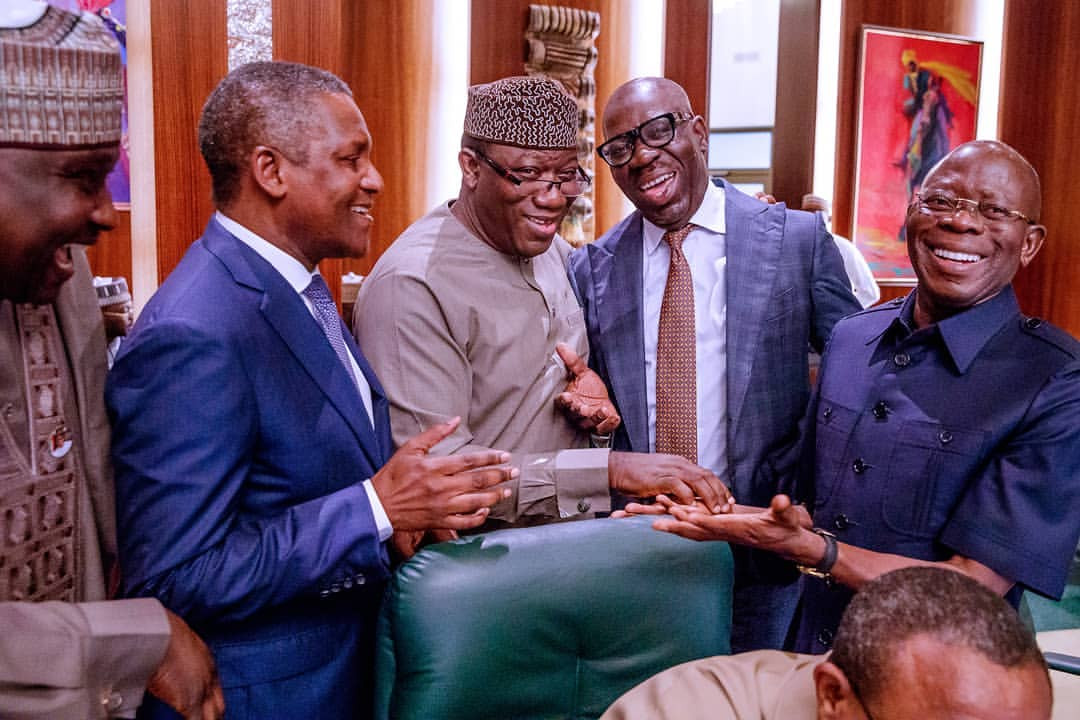 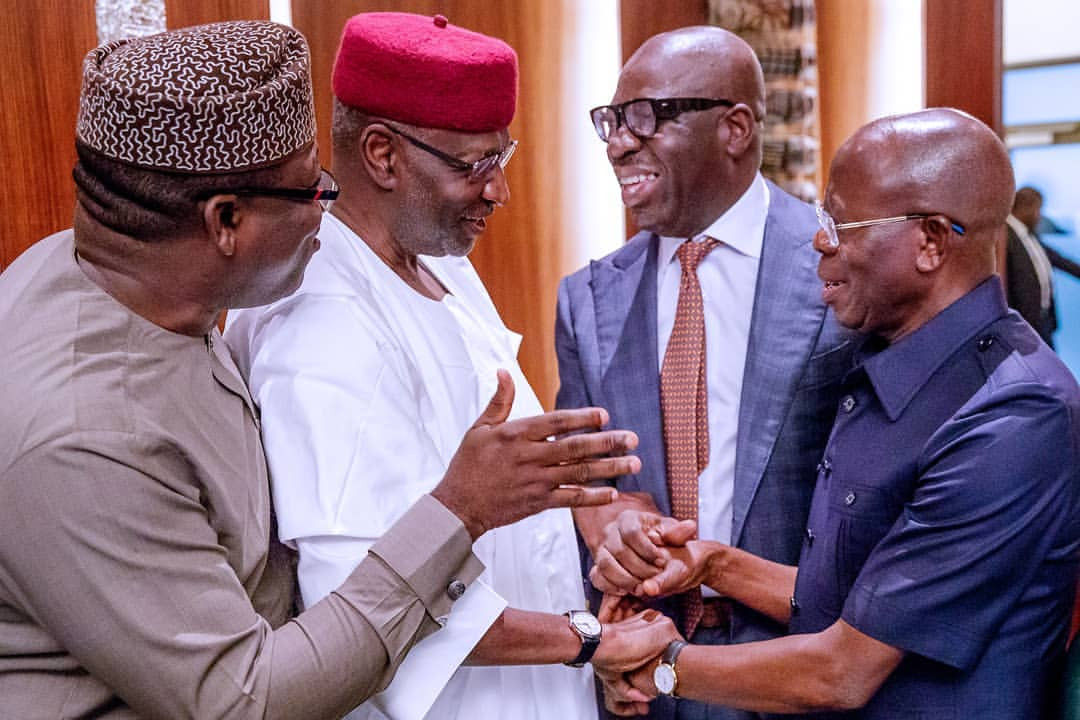 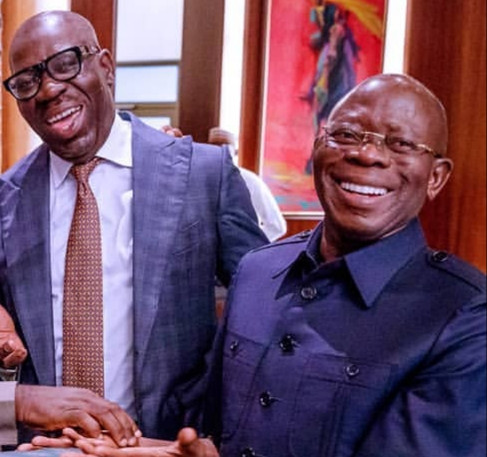 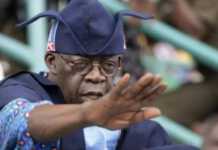