Former Nollywood actress, Cossy Ojiakor has called out Nigerian journalist, Tunde Moshood who she claimed was cheating on his wife with her arch-enemy, Halima Abubakar.

Promising to drag Tunde Moshood and Halima Abubakar till they sue her, Cossy Ojiakor narrated how the journalist allegedly ejaculated on her while giving her a ride in his car.

The controversial actress also mocked the journalist after he was allegedly arrested, saying he has met his match.

Hahahhhah cheiiii so @tundemoshood_tm the journalist that like sleeping with animal, especially Dog was arrested by SSS .. haha abi u think everybody is cossy dt u can tarnish and get away with cheeiiii karma isaaaa bitch… I just checked online to find his pix and this came up. Anyway he has a very big dick. ( he brought it out in the car stroking it while asking me question before giving me the passport abimbola seized…then he grabb my boobs when he was about coming. He came all over his car… it’s was a messy sight) his ogar with micro dick wan do and his boy boy with big dick wan do …. cheiii Is it still big.?

U were just cheating on ur wife wey Dey Dublin that year like crazy. I hope u don’t cheat on ur new wife  the dick big oooo atleast ur new wife can confirm that am a true teller … Or was I looking at it from a young girls perceptive. … well if u don’t fuck dog tunde sue me …….u motherfuckers should reply me naaaaaa. I wonder why them no get fuck u sign for Emoji … I just pray that God will give me heart that forgive because if u hurt me deep down ordinary sorry no go do….. May be little things like frog jump will soften and erase the hurt  tunde moshud is a dog fucker … sue me or accept ur fate as a useless dog fucker 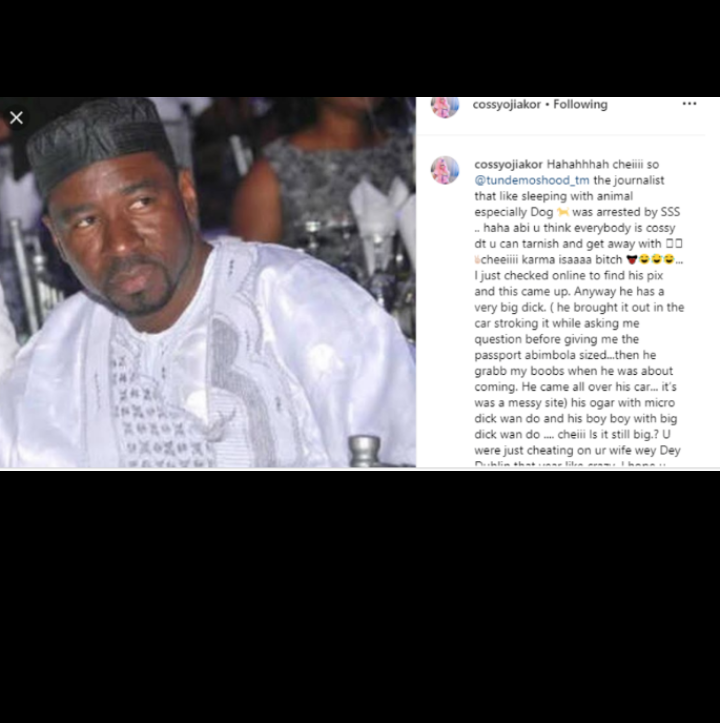