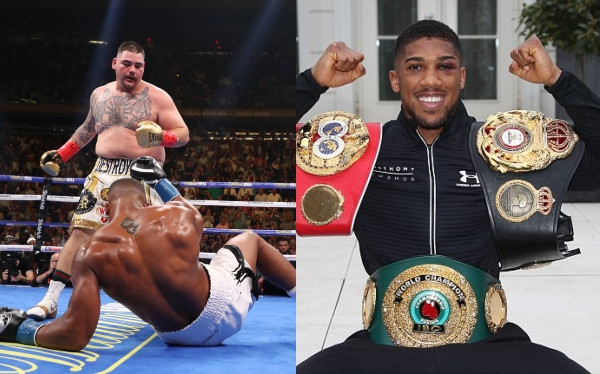 Andy Ruiz has spoken on the rematch between him and Anthony Joshua.

According to the Mexican-American heavyweight champ, the rematch may not be happening in the UK as he is pushing for the fight to happen in either of his two home countries.

READ: Anthony Joshua Is Not A Good Boxer – Andy Ruiz

Andy Ruiz won the WBA, IBF and WBO titles after he defeated Anthony Joshua in a fight which took place in the United States. Speaking to TMZ Sports, Ruiz said;

“I haven’t talked to him, but I’m pretty sure he’s training hard for the rematch and so am I. I want the rematch to be in Mexico or New York City again, Vegas, or here [in LA].”

On if the Nigerian-born British boxer will agree to this, he said;

“It doesn’t matter because I’m the champion… I’m calling the shots… We’re the A-side.”