Popular, Investigative journalist, Kemi Olunloyo has announced her exit from her ancestral home, Ibadan for a new destination.

The controversial figure expressed that her people in Ibadan did not celebrate her, and she is moving out of the state, which she declared as freedom.

Kemi Olunloyo also pointed out that she has forgiven people who have offended her in the past.

The controversial journalists also thanked people who supported and stood by her and her son. 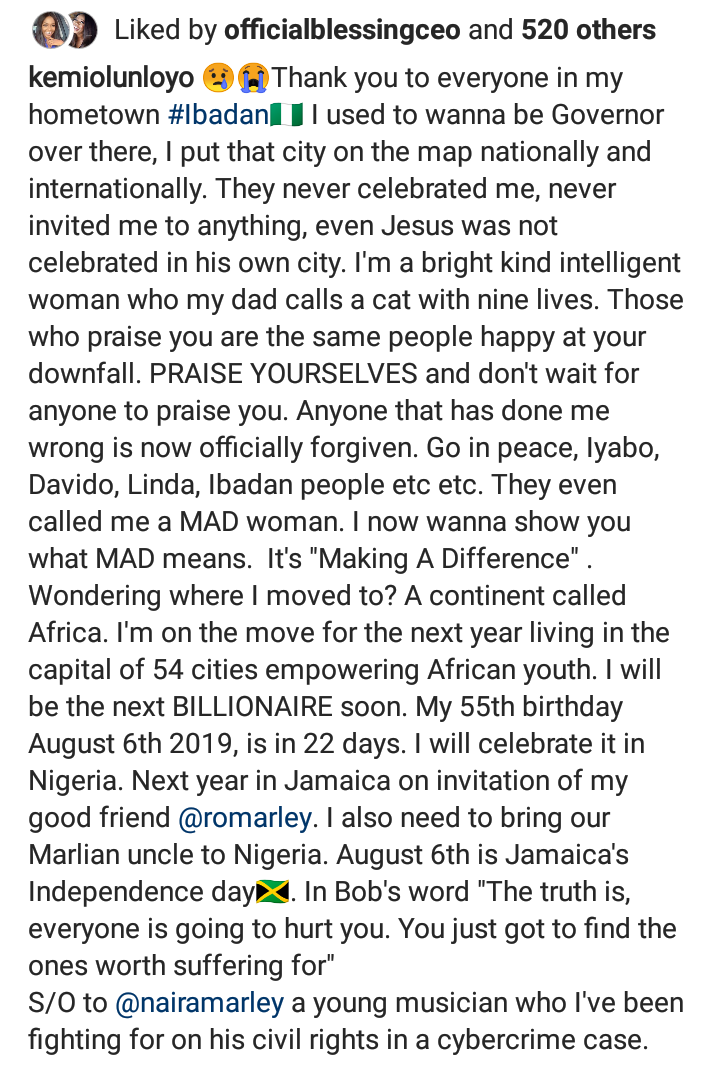 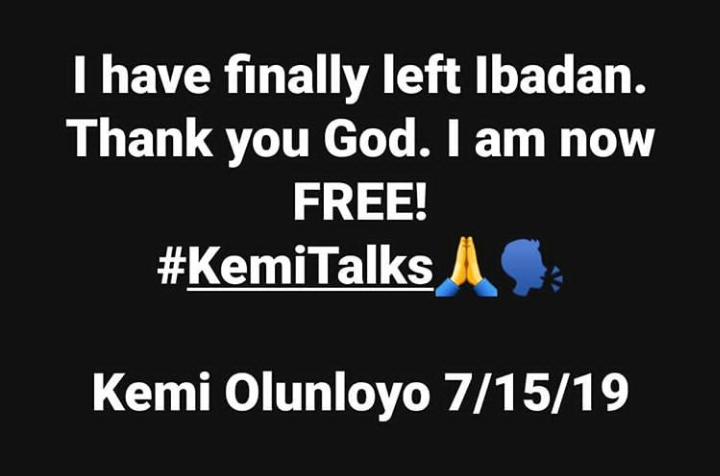 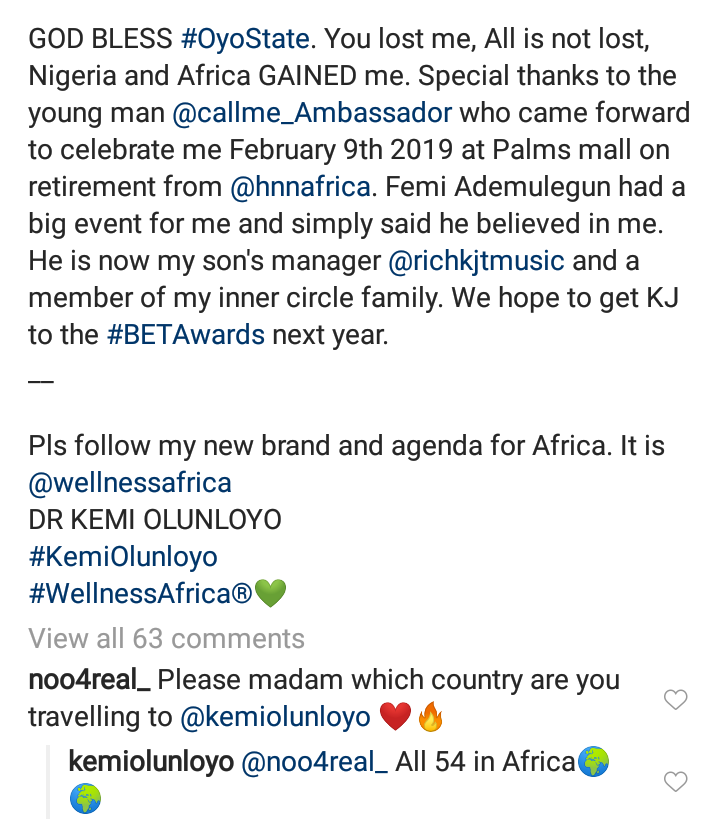