Reno Omokri, a former aide to the ex-president of Nigeria, Goodluck Jonathan, has revealed that he has evidence that proves that the Independent National Electoral Commission (INEC) had a server during the 2019 General elections.

There has been debate back and forth on social media on whether INEC made use of server during the election.

This debate was sparked by the presidential candidate of the Peoples Democratic Party (PDP) Alhaji Atiku Abubakar, who stated that he won the poll based on the result of the electoral umpire’s server.

The electoral commission has come out several times to debunk reports claiming it used a server for the election.

Now, Reno Omokri, a staunch critic of President Muhammad Buhari has revealed that he has strong evidence that server was used. 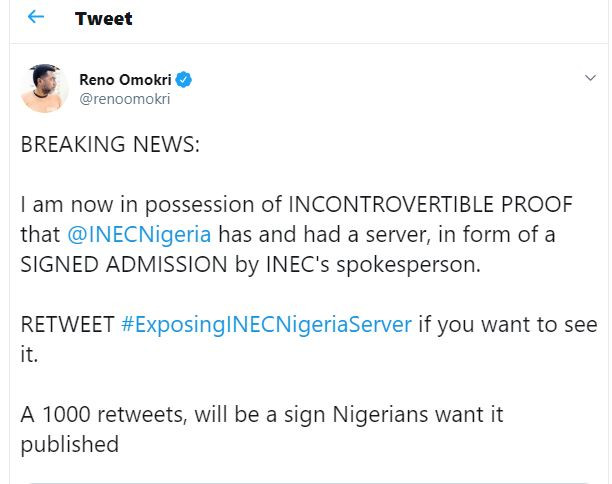