Nigerian fashion celebrity designer, Toyin Lawani recently took her time to outline the qualities she wants in a man even though she hinted at getting back together with the father of her son, Lord Triggs.

Lawani, who broke the internet with her Lingerie photos, wrote:

Posted this yesterday and said I was officially single , Now my Dm is flooded

“Jesus oooo??‍?? help me , ok pls let me drop the Rules here, see I work so hard daily for my money , Running many Businesses daily ain’t easy , To even have time to date is a distraction, I don’t need someone that will come and take my hard earned money ,

so please if you don’t have money I won’t make time for you and you have to Be fine as hell like Baba tenor you have to choose a struggle , you can’t be broke and ugly at the same time” 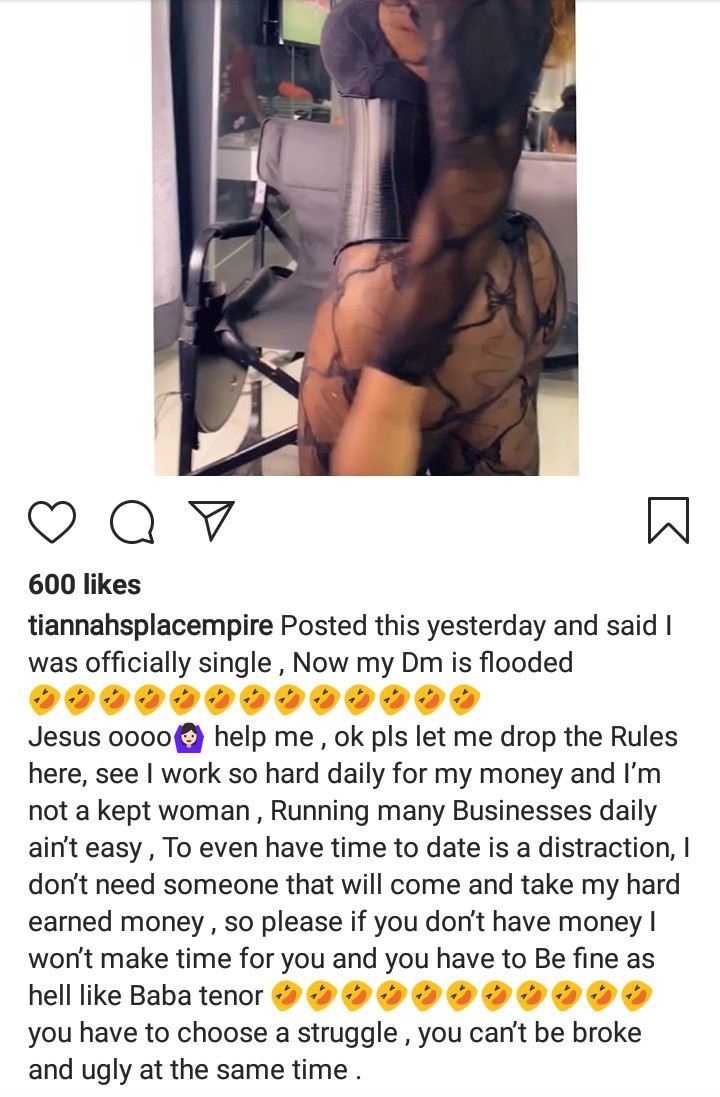 However, seeing as it was impossible, a follower suggested that the mother-of-two goes back to her ex-boyfriend and Tenor’s father.

Toyin replied saying she wants to “do shakara” a bit even though she and Lord Triggs might reconcile because it’s hard to find someone like him now that she has “money” and she’s “fine”. 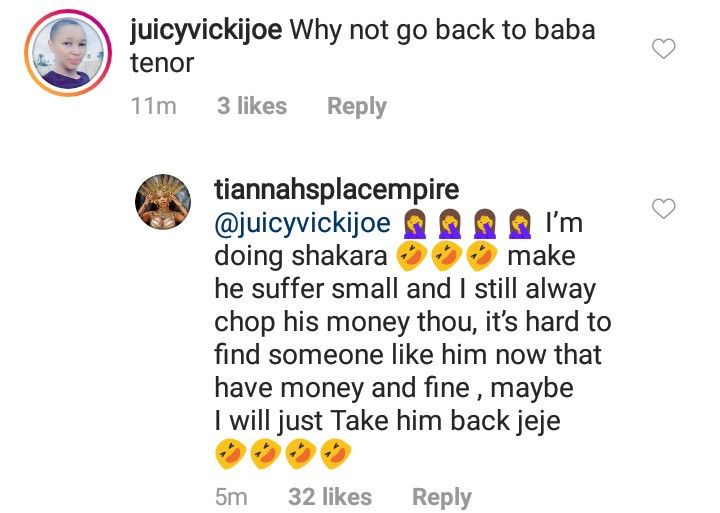 Now, the fashion connoisseur shared a photo of Tenor’s father with the words: 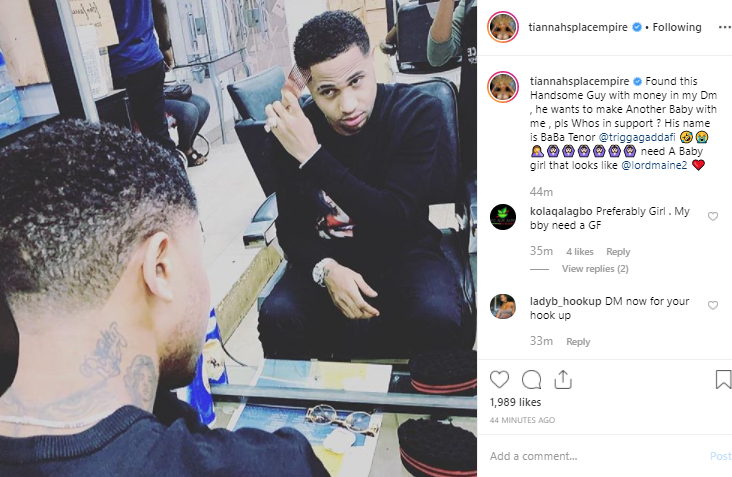