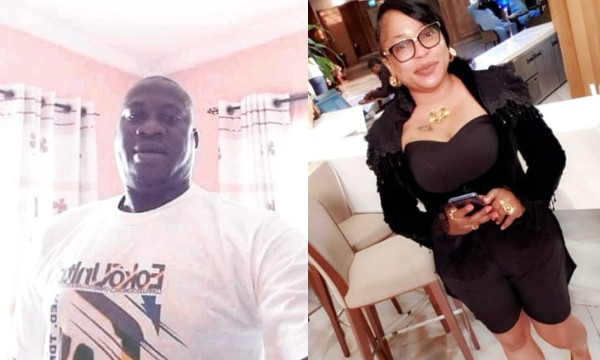 Nollywood director and producer Laide Olabanji has taken to social media to deny that he is a rapist despite multiple allegations against him.

On what Kemi Afolabi’s motive IS,  Laide Olabanji said he had touched the actress while describing a movie role to her.

@kemiafolabiadesipe Hello my good people. Kemi Afolabi rape allegation! I want to clear the air on this matter for you all to comprehend Kemi’s motive. It all happened in 2003 when I wanted to shoot one of my movie “SHEBI EEYAN NI” ( evergreen). I met Kemi Afolabi in Ebute metta where she stay with her grandmother whereas I met another lady who is also a star actress today same year ( I don’t want to mention name here) their are three leading character in the movie which the Major I gave to Kemi.

A day to the location, I was in hotel room with Kemi where I was fine-tunning her role for her. Kemi acted funny when I wanted to touch her in describing the scene, then I left her and we sleep in the same room over night. The following morning, kemi ask for transport fair that she wanted to go and pick more clothes at home as she never new the role is that much which I gave her. Since then I have never set my eyes on her. To the glory of God, the other lady take up the role and that take her to a greater heights (Go and watch the movies “SHEBI EEYAN NI” on youtube. you will understand)
If I must state here, a friend of mine abroad once mentioned to my hearing that Kemi said she like to participate in my movie which I turned a dump hear. Probably kemi did this in anger for neglecting her or she’s envy my prospect in the industry.

To you my people go and check through my records/ profile, have never had a scandal in this industry and our association can testify to it. I just finish a movie “OJO ATISUN” and my fellow thespian participated. Does Kemi realize how many movies have produced since then? My movies also received awards within the period. My movie “AJOKE AYE” was nominated by AMVCA in 2017. If am the type she called me would my pedigree remain since then?  Well kemi kind of person tells it all but I guess those around her should have teach her a better way of getting something from someone, if you need my support at all, it shouldn’t be in that way.

Thanks for your understanding.

Women Should Learn To Support One Another – Don Jazzy