In a post he shared on his Instagram page on Thursday, the football star says at 32, he believes it is time for him to retire so the youths can take over.

Egypt is a country where I’ve started and have finished my National career. In 2006 I played my first official championship for my Country. 2019 African Cup of Nations marks my last championship for National Team with Super Eagles.

My national career started in 2003 under 17 World Cup and I’m grateful for the national team for placing me on the world arena and giving me an opportunity to show my skill and have an incredible National and International career.

At the age of 32, it’s time for me to retire from the National team and let the youth take over, who’ve done an amazing job securing a bronze medal at AFCON 2019.

Thank you to all my Nigerian supporters and to my Country for all the trust, support, nd love you’ve shown me over the past 15 years. 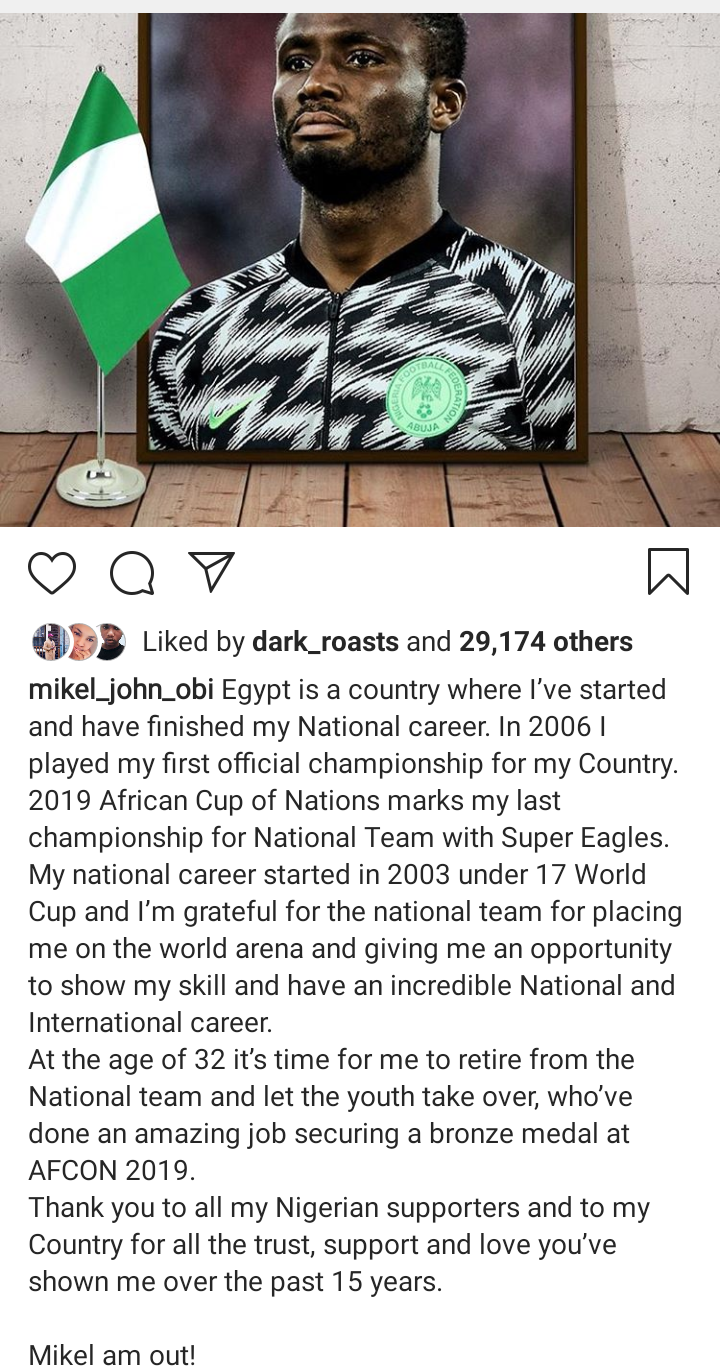