Nollywood actress, Damilola Adegbite, has taken to her Instagram page to reveal that she is not ready for a new relationship after her divorce.

The actress who divorced Ghanian actor, Chris Attoh, in 2017 after their marriage in 2015, said she is finding it difficult to allow men come close to her.

Adegbite, on the flip side, revealed that her young son wants a sibling, and she also wants to have more children.

Also Read: ‘I am sweet but a little psycho’ – Damilola Adegbite confesses

I was given this book a few months back. I actually never read it. I guess I wasn’t eager to get back into the dating game. Truth is, I feel like I still am not. A side of me craves the companionship, you know. A best friend. But I have noticed that I tend to not allow anyone close enough. My son recently has started bugging me for a brother though 😰 even though I would like a daughter next . I want more babies either way! 😍 Leaving my house yesterday, I was going to grab another book I’ve been reading and this one fell out instead. Sooo, I’m about to start reading it. I’ll be sharing important sections of it, for anyone who’s struggling too  Father, take control. 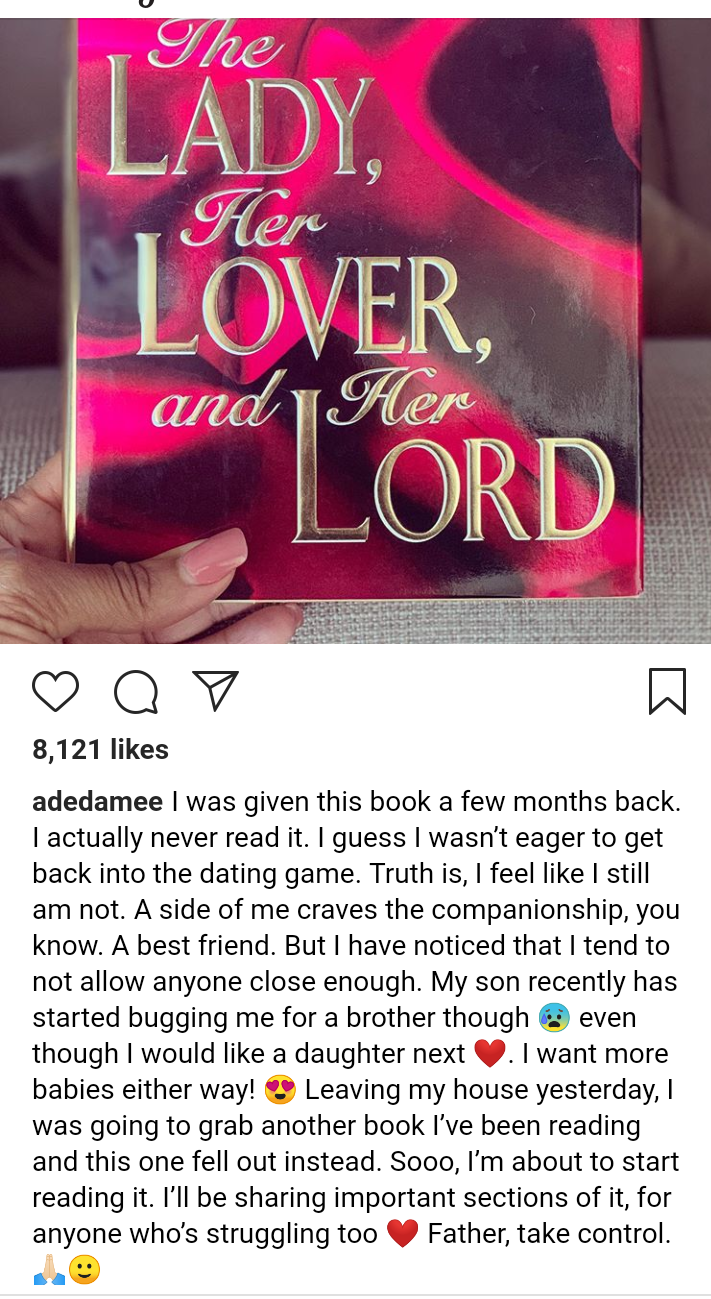 Recall that the actress had, a few days ago, shared a beautiful new image of herself before revealing that despite being a sweet person, she is also a little psycho.