The General Overseer of the Latter Rain Assembly, Pastor Tunde Bakare, says many Nigerian pastors get away with fake prophecies because their members fail to challenge them when the prophecies don’t come true.

The pastor expressed this view during Sunday evening service broadcast on Channels TV. 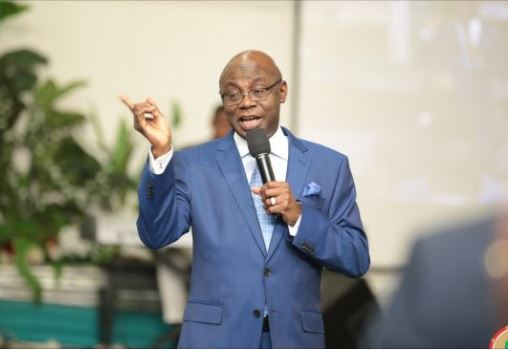 He said, “People don’t know the difference between materialism and prosperity. Men become so materialistic that the size of their accounts and the number of their congregation give them a platform, whether God is with them or not, whether Satan is the one doing mahuru, mahuru.

“Ask anybody in a church what is a success. Tell me the truth. Fame, power, prestige, money, are what we consider success. From God’s perspective, that is zero because you can get those from Satan and he would waste your life in no time.”

While rebuking pastors for merchandising the “anointing of God,” the cleric recalled a story of the mother-in-law of one of his friends.

Also Read: I Thought It Was My Husband…Woman Narrates How She Mistakenly Slept With Her Brother-In-law

He said, “I remember the story of a friend, the mother-in-law was part of a church of a pastor (I won’t mention name). The man was preaching a hot message that the Lord just said to him that if anyone would give one million naira to the church, in one month, he or she would get N10m back. He said if you don’t get it, come back for your money.

“The woman took him (the pastor) seriously. She went and gathered all that she had and brought it to the pastor and said, ‘Pastor, here is my one million. I believe in you and I believe in the prophecy.’ But she was smart. She started counting the days from the moment she dropped the donation. By the end of the month when she did not get the 10 million the pastor prophesied, she visited the pastor to demand her money.

“She told the pastor, ‘I am here, I have come back for my money. I am not joking. If you don’t give me I will call the police.’ O san o (The pastor paid it back).

“Because others would not come back like this woman, that is why they (pastors) get away with it (fake prophecies). The woman said ‘thank you’ and left the church. That would start taking place in the church; then they (pastors) would not promise what they cannot deliver.”