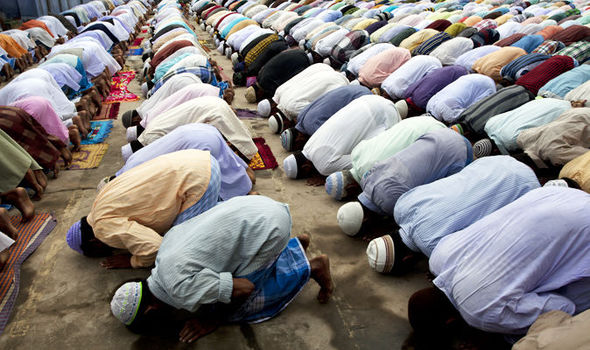 The Police in Osun state has arrested an Islamic cleric, Abdul-Rahman, popular known as Al-Edewy, in Ede area of the state for allegedly sexually abusing an unnamed 16-year-old girl.

Al-Edewy, a husband to three women, was picked up by police at his residence in Ede on Monday, following a petition written by a lawyer, AA Maisolati, to the state Commissioner of Police, Abiodun Ige, on behalf of the victim.

According to the petitioner, the victim, a Junior Secondary School (JSS 3) student was allegedly lured from Ede to Ilaro in Ogun State, where the Cleric carried out the act.

The petition, dated June 13th, reads thus: “On the fateful day, Al-Edewy came to her house and informed her (our client’s) mother of a lecture he was having at Ilaro, Ogun State, saying that he would like our client to follow him alongside other students of his school, since they would all return to Ede the same day. Our client’s mum innocently trusted him and allowed her girl to follow him.

“On getting to the car, our client only met two men; when she made inquiries about other students, Al-Edewy boldly said they had all gone.

“On getting to Ilaro, Al-Edewy gave his lecture which ended around 8 pm. Our client came out of the mosque and waited outside for their return journey to Ede, but the cleric entered the car with others and drove to a guest house not too far from the lecture ground. Al-Edewy directed our client to enter a room and the other men to another room.

“Some minutes later, the cleric knocked and entered the room where our client was, saying he would sleep together with her. Our client was astonished and the cleric immediately collected her phone, did something on it, and gave it back; he started foundling our client’s breast and other things.

“Our client was resisting him but the cleric was too strong for her.

“Attracted by the screaming of our client, one man knocked on the door; then Al-Edewy pushed our client to the bed and told the man knocking that he should go, that it was a family affair.

“After the man left, he forcibly held our client and raped her mercilessly. After the first round, our client cursed him; when Al-Edewy could not see blood from the private part of our client, he abused her and raped her for the second time.”

This incident is happening at a tie when a pastor, Biodun Fatoyinbo of COZA church is being accused of raping Busola Dakolo at the age of sixteen.