Popular Nollywood actress, Iyabo Ojo’s daughter, Priscilla Ajoke Ojo stepped out for an event with popular indigenous rapper and singer, Keshinro Ololade also known as Lil Kesh as her date for an event on Sunday.

The duo were spotted together at Nigeria’s first Prom Concert, Afroprom at the Eko Convention Centre, Lagos.

Ojo dazzled, donning a sequence short gown that bared her cleavage, and a tiara on her head while her prom date, Lil Kesh wore a turtleneck black plain t-shirt and a short-sleeve buttoned up shirt.

The singer, who is set to go on his tour in September, shared photos and videos of them at the event calling the beautiful brand ambassador ‘a cutie’. 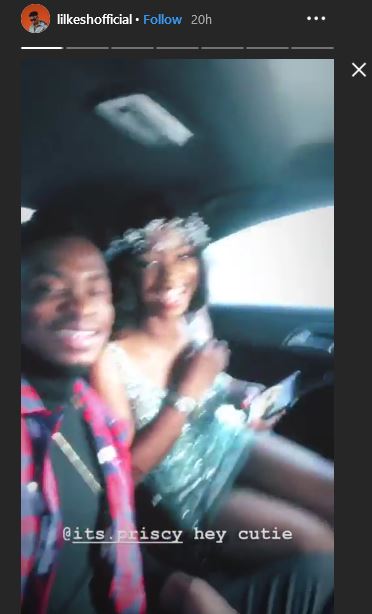 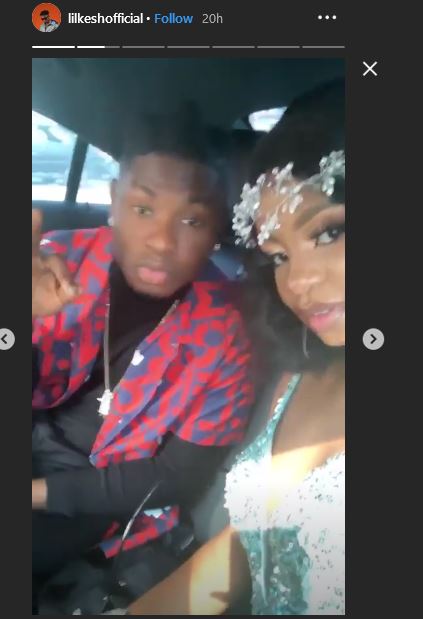 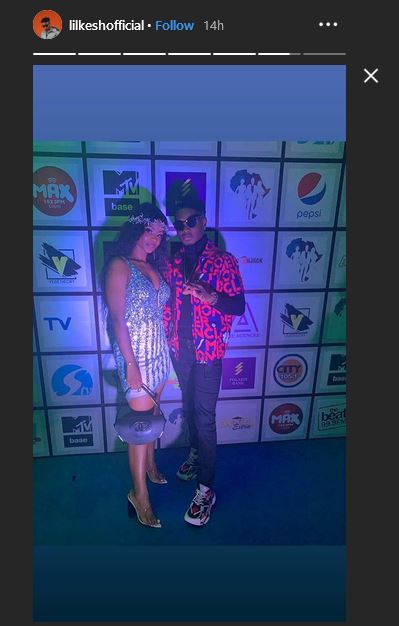 Romantic pictures of Korede Bello and Priscilla cuddling on cuisine with popcorn also leaked on the internet with fans and followers speculating that the two might have something going on between them.