Former presidential candidate in the February 2019 election, Kingsley Moghalu, says Nigerian youths cheat themselves by deciding against voting during political elections in the country, and choosing to follow reality television shows like Big Brother Naija.

The former Deputy Governor of the Central Bank of Nigeria (CBN) stated this in a tweet posted on Monday.

Also Read: If You Dont Have N1Million In Your Account, Don’t Think Of Getting Married — Relationship Expert Tells Ladies

He berated Nigerian youths for choosing to ‘spend their time on the wrong things on social media’ instead of investing in knowledge.

“Our youth cheat themselves when they don’t vote, spend their time on the wrong things on social media, follow the glitterati (@BBNaijafan) instead of the literati (knowledge), and vote, not for ‘ought to win’ but ‘likely to win’ (bandwagon to nowhere, i.e. one chance!)” 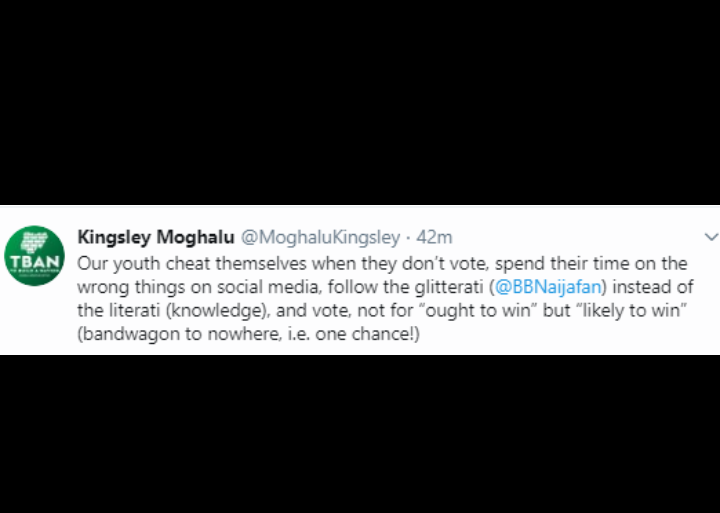