A video has emerged on the internet, showing men sexually harassing a woman while commuting on a motorcycle in Ghana. 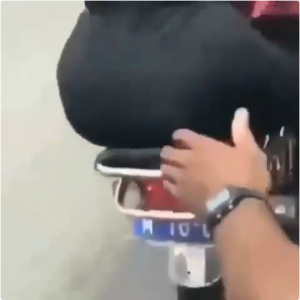 The lady who was on a moving motorcycle got harassed when two other men from different bikes touched her behind.

The video has gone viral on the internet and many have expressed their displeasure over the immoral acts of the randy men.

Lady sexually harassed by men while commuting on a motorcycle in Ghana. pic.twitter.com/et0Vc2C12X