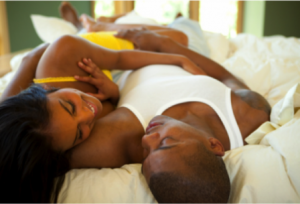 A Twitter user, @the06gentleman, has taken to the micro-blogging platform to share the story of how he saved a lady from cancer while almost having sex with her.

According to the user, they were already romancing when he felt a big lump on the lady’s breast.

Read Also: Read What Happened To An Ibadan Girl Who Traveled To Lagos For Romance

According to him, he stopped and told her to get it checked as soon as possible.

I started massaging her breasts midstroke & I stopped because I felt a lump, a big one. Told her she better get it checked ASAP. Mood killer, yes. But she ended up having breast cancer. After mass removal & chemo, she has been in remission for a long while. Passed on a nut, kept a friend.