Billionaire daughter and Vlogger, Temi Otedola and her singer boyfriend, Tosin Ajibade, also known as Mr Eazi, seem to be waxing stronger in their sizzling relationship, regardless of the criticisms.

Information Nigeria earlier that the two attended the Coachella Valley Music and Arts Festival held at the Empire Polo Club in Indio, California.

The singer was billed to perform alongside some of the biggest music stars at the event.

A new loved up photo of the couple at the event has popped up on social media and it looks like the two were about to share a kiss. 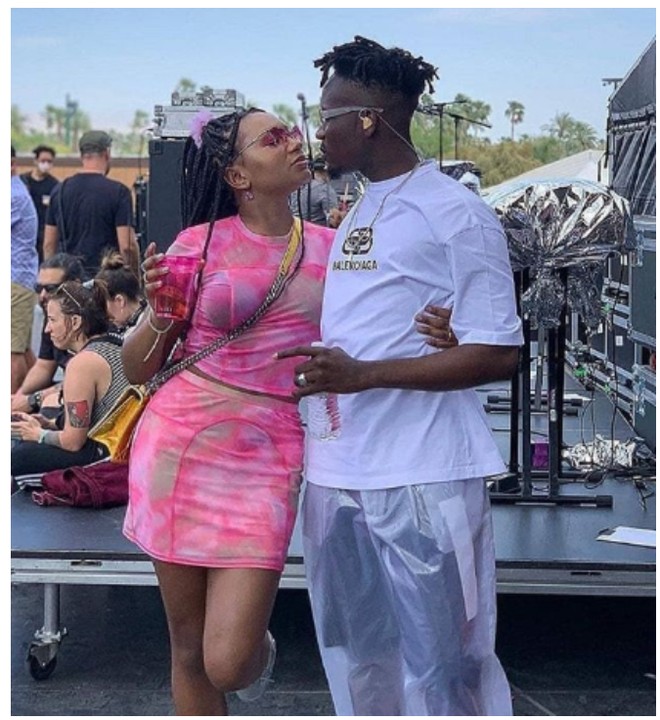