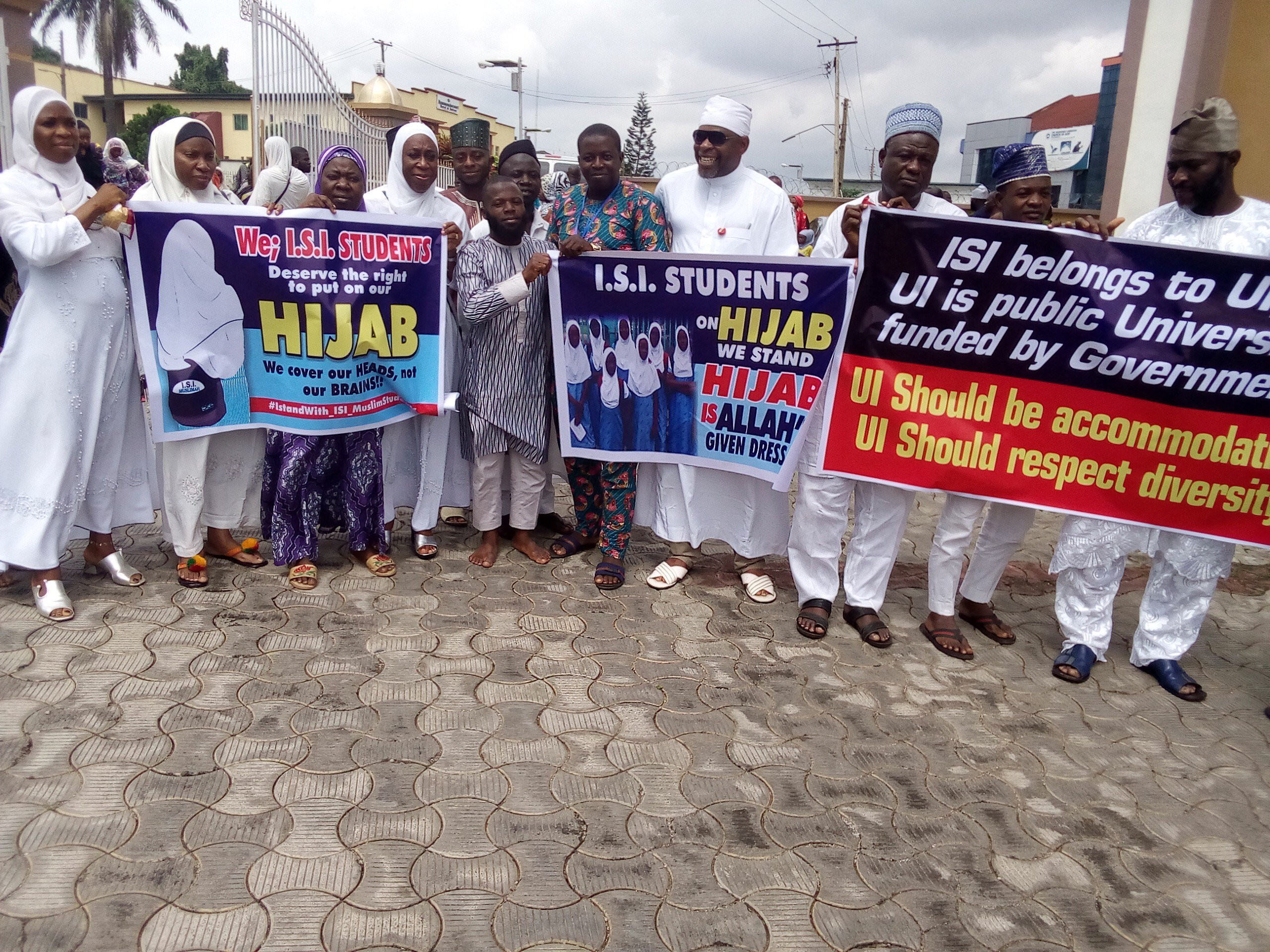 The International School Ibadan has been slammed with eleven (11) new court cases by parents of the Muslim students of the school.

The school, alongside its principal, Mrs. Phebean Olowe, University of Ibadan and UI Vice-Chancellor (Academic) were sued for stopping female Muslim students from wearing hijabs.

“I want to announce to you that we have refiled our case against the University of Ibadan, the management of ISI, the principal, Mrs Olowe, the DVC academics, Prof. E B Ekeola. We have filed 11 different cases in line with the dictates of the courts. I’m sure that they are being served as we speak.

“Our children were molested, not even within ISI now but outside. The principal, Mrs Phebean Olowe claimed that even all the land that leads to ISI belongs to ISI. She said once they wear the uniform, they must not put on hijab, then they went about removing it forcefully, harassing the parents, harassing the children, trying to force them to sign undertaking and all sorts of things.

“We had three meetings to settle out of court. We shifted grounds. We said, okay tell us the mode of dressing you want, the shape, size, colour. But they insisted that the status quo remains. I have here the school rules. There is nothing there that says students cannot wear hijab. Even if there is anything like that, the constitution supersedes any other enabling law. They are not ready to shift. We met thrice in the office of Dr. S.P. Ajibade, their lead counsel” he said.

“It is not really a religious matter,” he posited, arguing that there have been several court judgements n support of hijab rights in Lagos, Ilorin, Osun and others. We expect that any Nigerian in a public owned school, even if it’s a privately owned school, you have to obey the constitution of the Federal Republic of Nigeria”.