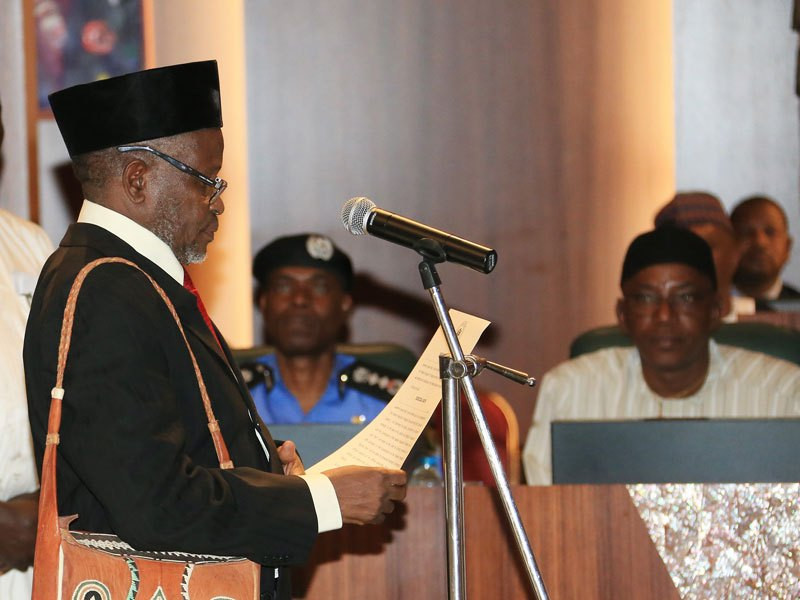 Tanko Muhammad, the new Chief Justice of Nigeria has claimed he is without certificates.

This was made known via some documents submitted to the Senate last week ahead of his confirmation as the head of the Supreme Court.

According to him, the invasion of termites at his Bauchi State home in 1998 ensured that “No portion of the certificate was salvaged,” Mr Muhammad said.

Reports also have it that the Supreme court head swore the affidavit on February 13, 2002, while still a judge at the Jos Division of the Court of Appeal and before he became a Supreme Court judge in 2007.