Abike Dabiri-Erewa, chairman of the Nigerians in the Diaspora Commission has said the South African Police is being sued over the assault on a Nigerian resident in the country.

Dabiri-Erewa reacted to this and she secured the release of Faniran.

The chairman said she was going to ensure justice was served on this matter.

She said that the South African Police have been sued and a case is being pressed against them for their brutality.

“Update on @Tayofaniran’s matter in SA. Our mission has petitioned and began pressing a case against the brutality of the police. IPID, the agency investigating the police has commenced work on the matter. Our Consul General has also met with Tayo.” 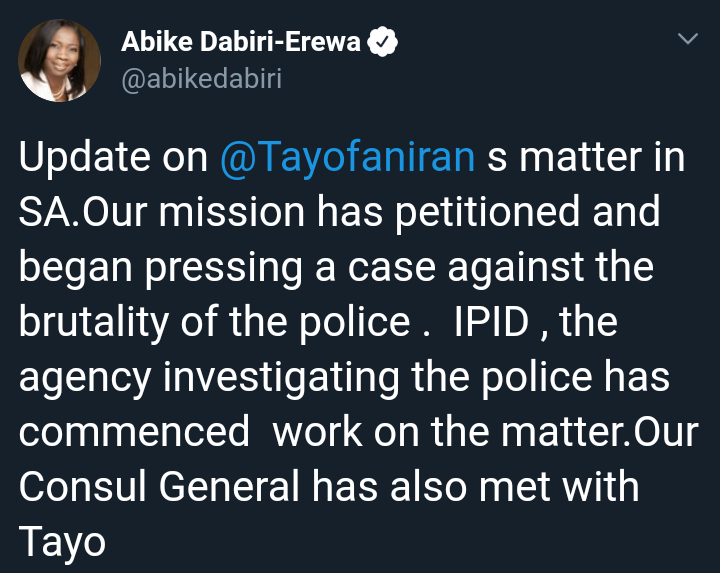