Superstar and multiple award-winning singer, Tiwa Savage has taken to her Instagram page to share photos of herself in a private jet.

The ‘African Number one badgirl‘ shared the photo via her Instagram page wearing a black dress, covered in a duvet in the private jet.

It was, however, not clear where she was headed to.

This is not the first time Nigerian artists have been spotted on Private Jets as Burna boy and his girlfriend were also spotted in a private jet heading to New York.

It was also rumored at a point that the self-acclaimed ‘Omo baba Olowo‘ Davido had a private jet which he later disclaimed. 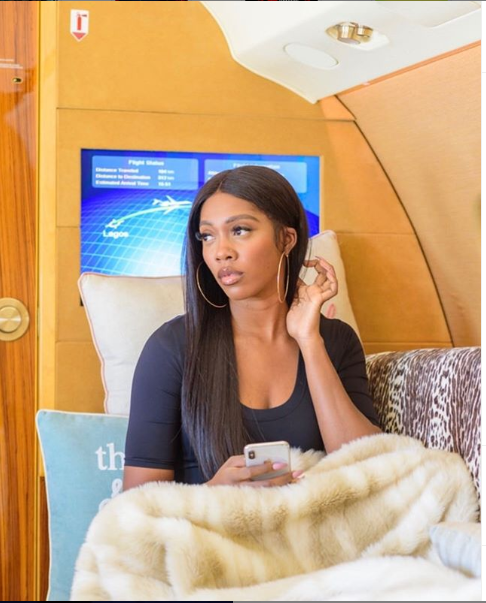 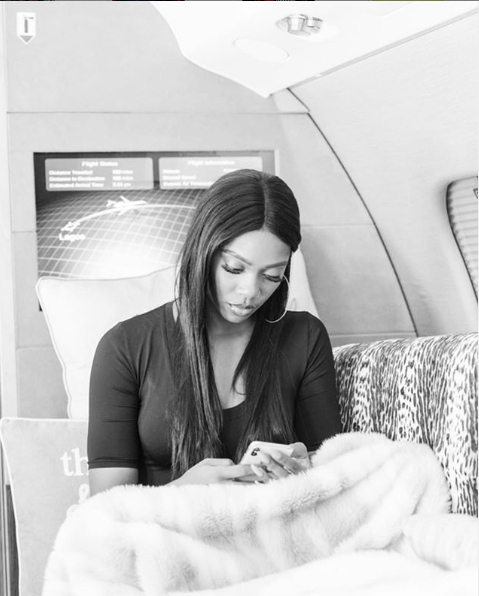