After a grilling tournament and intense grand finale, Novak Djokovic has been crowned the champion of the Wimbledon Open for a time. 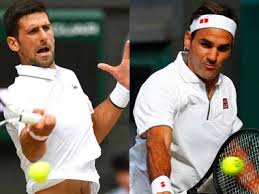 The final on the center court was an entertaining one as world No. 1, Novak Djokovic won the first set 7-6 (7-5) to set up an exciting game.

Crowd favourite, Roger Federer bounced back resoundingly as he defeated his opponent 1-6 to take the second set.

Djokovic defeated Roger Federer in a tiebreaker in the fifth set to win his fifth Wimbledon title.