Former minister of education, Oby Ezekwesili has reacted to the ongoing saga between the Nigerian police and Timi Dakolo over the latter’s invitation for questioning in Abuja.

It was earlier reported that Timi Dakolo raised the alarm on the invasion’ of his house by armed men on Saturday.

Police spokesman, Frank Mba, countered the claim by stating that the letter served was not a warrant of arrest, but a proper investigative tool used in eliciting information voluntarily from parties to aid police investigations.

According to the former Education Minister and BBOG convener, photos shared online showed that the officers did not deliver a “regular police invitation”.

Ezekwesili also alleged that the statement released by the police was a damage control ploy, as their officers were out to intimidate Timi Dakolo and his wife, Busola. 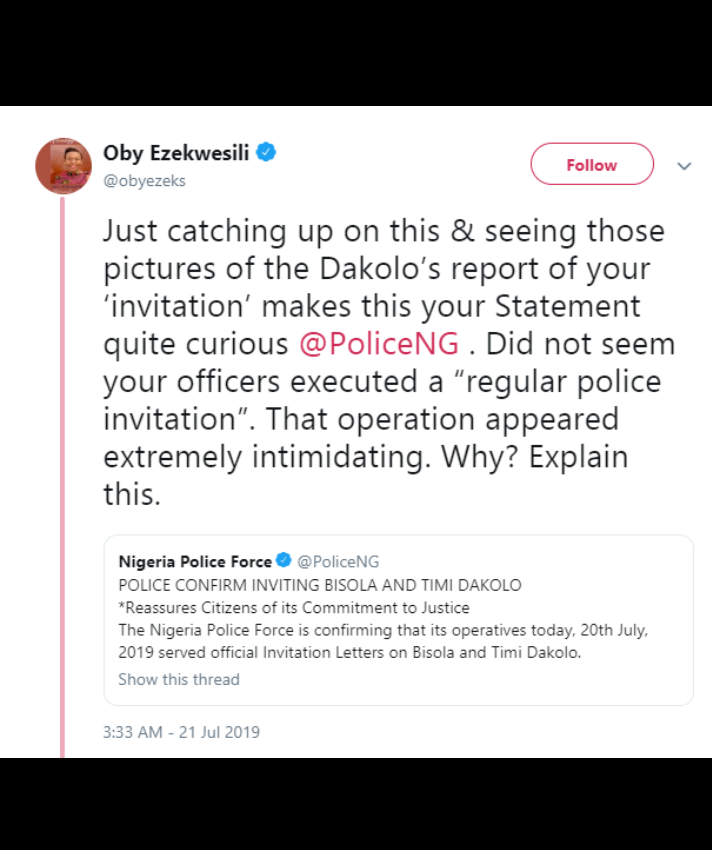 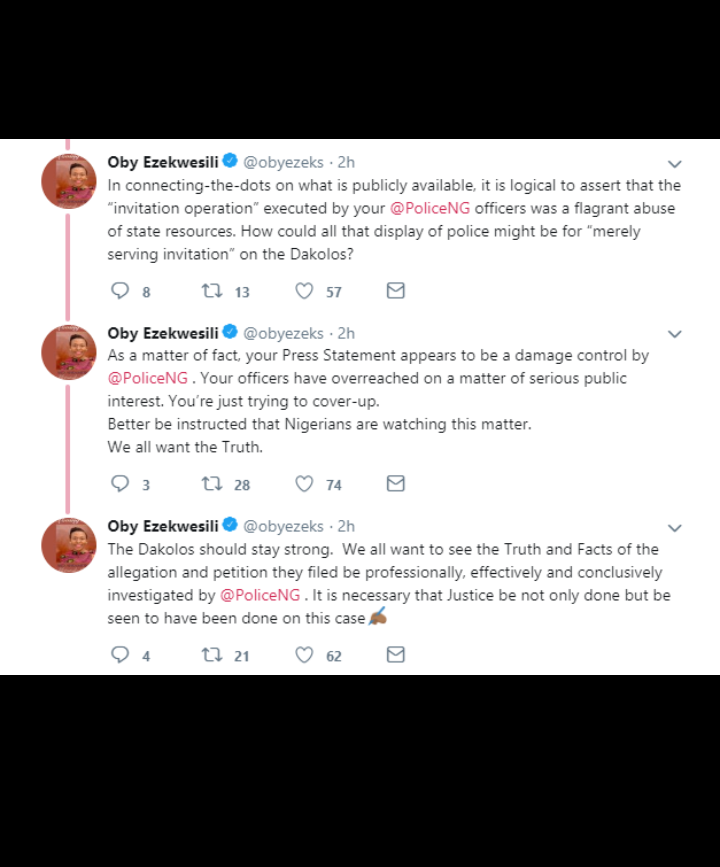