British model Naomi Campbell has gotten many of her fans talking, following the release of a new photo shared on social media.

The supermodel decided on going completely naked in a new photo which also saw her relaxing on what looked like a yacht.

ALSO READ:  FG Would Be Looking For Problems If Chris Ngige Returns As Minister Of Labour And Productivity – NLC 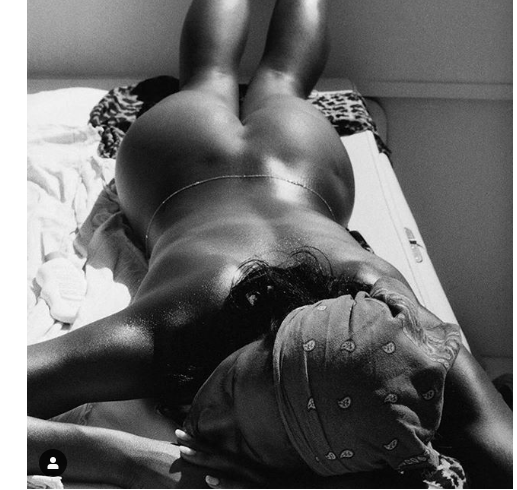 Safe for a scarf, the supermodel bared everything, flaunting her perfectly structured body.

The photo has since sparked up a discussion on social media with many appreciating her body while others simply tried to come at her for daring to show so much on social media.