President Muhammadu Buhari has re-appointed Abba Kyari as his chief of staff and Boss Mustapha as the SGF of the nation.

This was contained in a tweet by the senior special assistant to the president on media and publicity, Garba Shehu, on Friday, July 5. He said both appointments take effect from May 29.

“President Muhammadu Buhari has approved the re-appointment of Mr Boss Mustapha as Secretary to the Government of the Federation (SGF), and Malam Abba Kyari as Chief of Staff (COS) to the President. Both appointments take effect from May 29, 2019.” 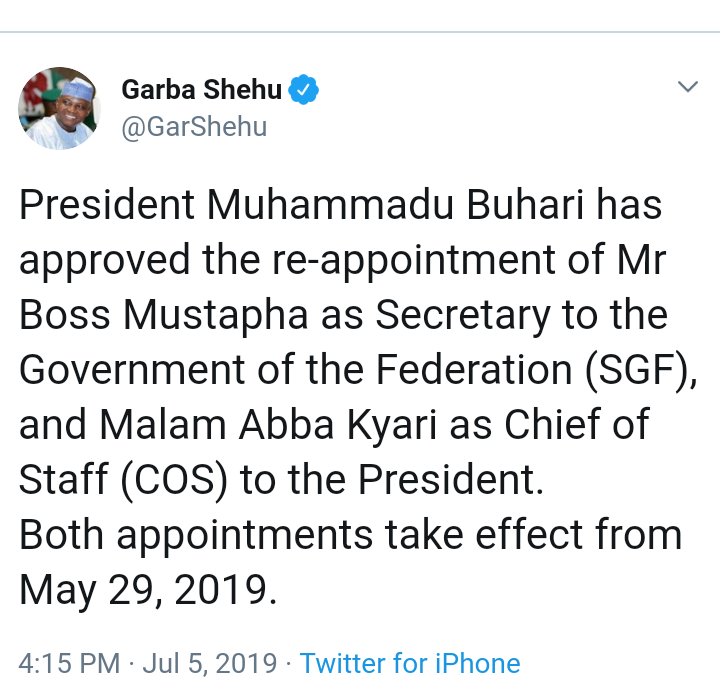