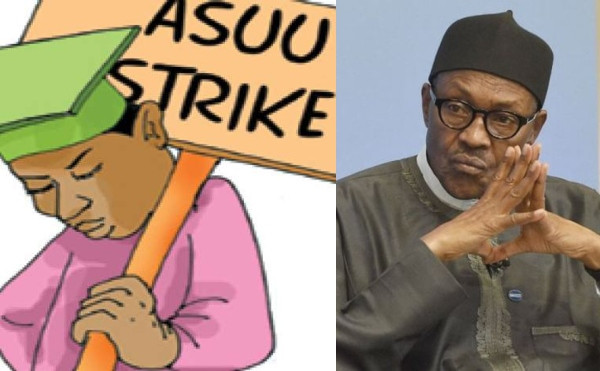 The Academic Staff Union of Universities, ASUU has slammed the All Progressives Congress government of deliberately withholding funds from public education.

In a statement on Sunday, ASUU described President Muhammadu Buhari’s policy on education as anti-masses.

“The APC government’s failure to fund education is a design to kill public universities. The University of Ibadan is groaning terribly due to paucity of funds. Retired academics cannot be replaced because government deliberately refused to make budgetary provision for growth and development.

READ: Funny reactions as ASUU threatens yet another strike

“This crisis has led to the staff on ground being overworked, leading to early deaths of many of our colleagues. Education is not the priority of this government. Due to paucity of funds, many universities, including the University of Ibadan, the nation’s premier university, cannot admit many qualified candidates into the universities.

“This is dangerous to the society as the rejected qualified and brilliant candidates may eventually take to crimes because the country has rejected them. The policy is not only wicked but criminal,” ASUU said.