Nigerian writer, Olutimehin Adegbeye, has accused popular socialite, Pretty Mike, the controversial Lagos club owner, of raping her when she was a minor.

She recounted how Pretty Mike allegedly raped her at age 16, causing her to have a phantom period.

Pretty Mike is yet to respond to the allegation.

Recall that few days ago, the writer accused the voice behind the Big Brother character, Andre Henshaw of raping her as she dragged the show for using a character like that. 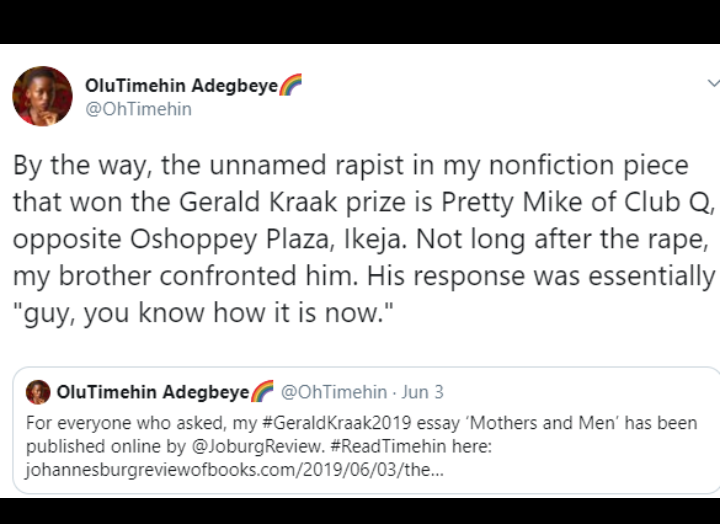 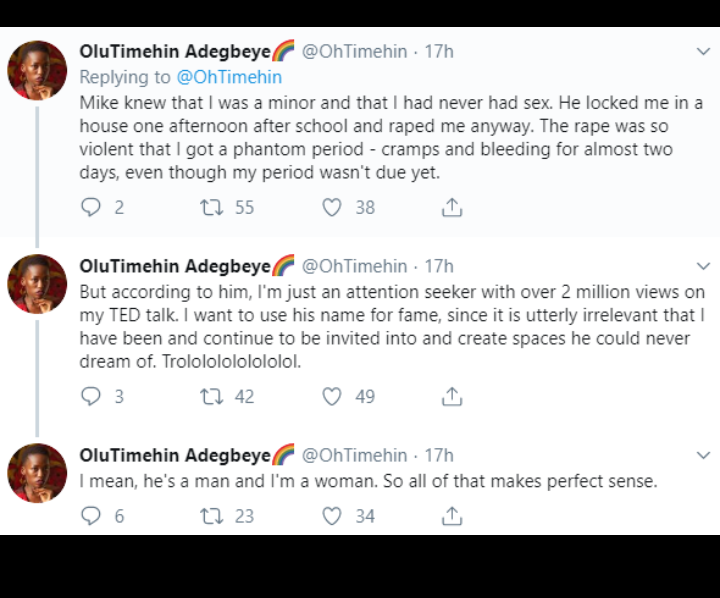