South African rapper. AKA has traded words with his fellow countryman Casper Nyovest for wishing he was a Nigerian.

Recall that Casper Nyovest in a twitter post stated he wished he was from Nigeria because of the love they give their artist, which went viral across the continent. 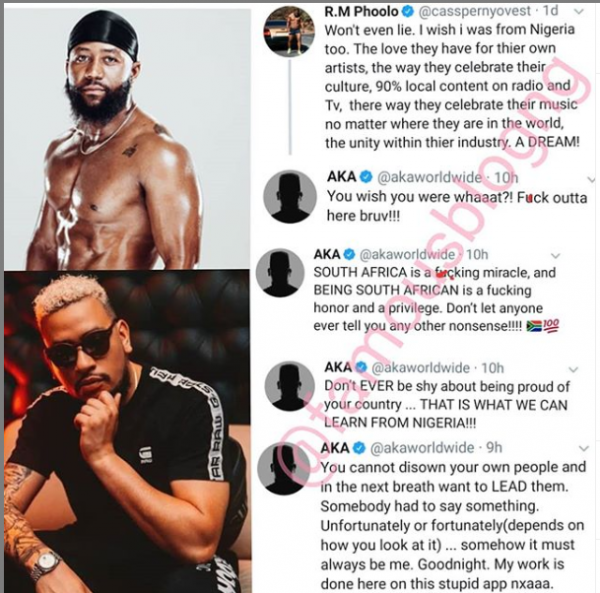