A popular critic of President Muhammadu Buhari, Reno Omokri has taken to his twitter page to react to the just-released ministerial list.

According to Reno Omokri, Festus Keyamo, who is a nominee, prosecuted Timipre Sylva some years back over misappropriation of funds when he was the Governor of Bayelsa State

The former aide of ex-president, Goodluck Jonathan, pointed out the hypocrisy in the declaration of President Buhari that he wants to fight corruption. 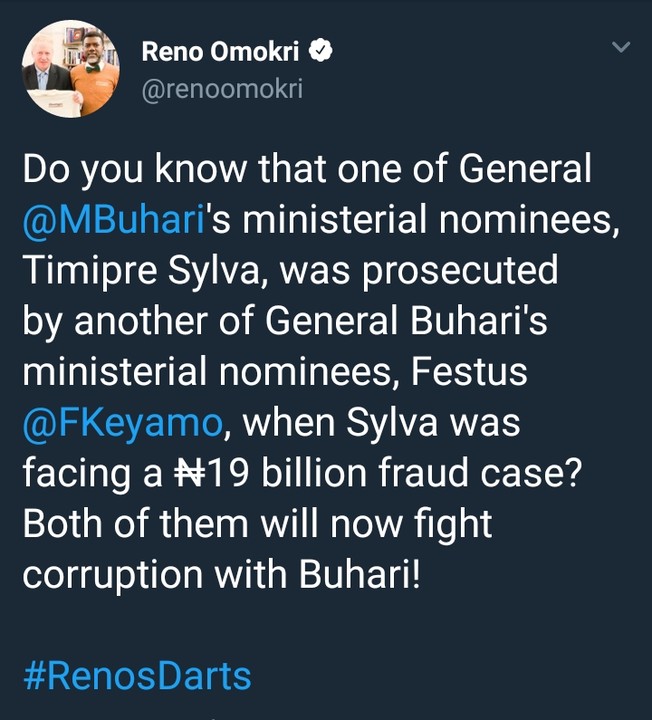