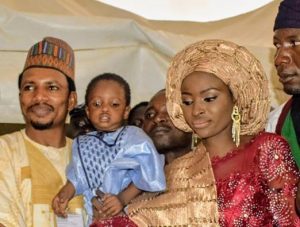 Emily Eric, the wife of embattled senator Elisha Abbo, has reacted to the now-viral video where-in her husband was seen assaulting a shop attendant at a sex-toy shop.

Emily who spoke via her social media page gave her support to her husband by saying ”I stand with you babana.”

She went on to add that her husband is innocent of what people have been saying about.

Her reaction is similar to Modele Fatoyinbo, the wife of embattled senior pastor of coza, Biodun, who issued an identical statement supporting her husband against the backdrop of rape allegation levied against him.

As shared by the user below: