Home Entertainment Singer, Mr 2Kay Opens Up On How He Was Sexually Molested In...
Facebook
Twitter
WhatsApp

Nigerian singer, Mr 2Kay, who also weighed in on the trending rape allegation saga on social media, has opened up on how he was sexually molested by his school mother while he was in secondary school. 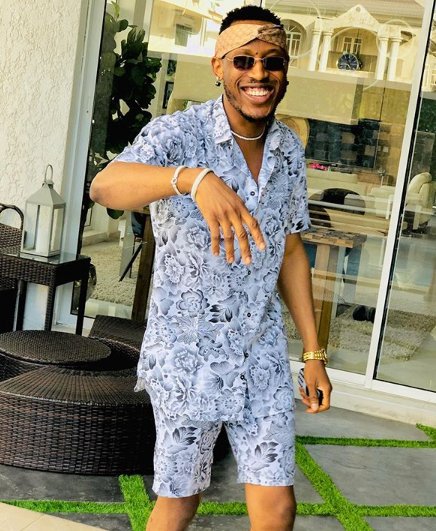 Recall, popular OAP & hypeman, Dotun narrated his own experience of how he was sexually molested by his maid when he was just 11.

Mr 2kay has taken to social media to recount to also disclose his own sexual molestation history. The singer, as at the time was as a Junior Secondary School student. Although he admitted enjoying the sex act, he revealed that the schoolmate who took advantage of him was a senior prefect.

According to him, she always made him go home late, all ‘in the name of lesson after school hours’.

Read his story below; 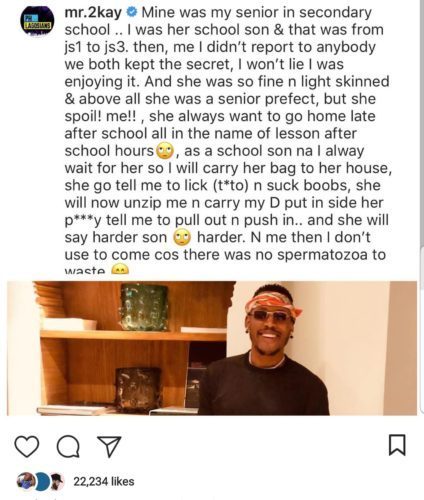