Controversial artist and media personality, Speed Darlington has turned down Adesua Etomi’s offer to be a celebrity housemate in the ongoing Big Brother Naija reality show.

Recall Adesua mentioned in a tweet that the ongoing show needs a celebrity housemate, and she nominated speed Darlington as the perfect celebrity. 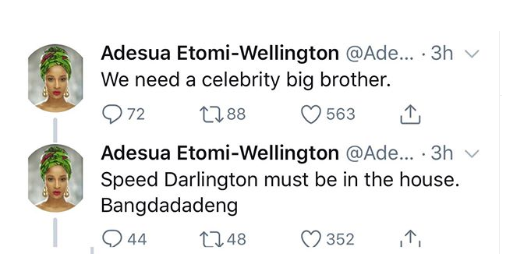 Reacting to the tweet, Speed Darlington stated that the show is not for him because it was copied from foreigners. He tweeted:

“Thanks for this hype I appreciate it a whole lot I thought of this a day or two ago and I decided it’s not for me. 1. the name, the show & the format is copied from white people it’s not original Black Creation. 2. it’s not big enough for me I don’t see it. IG ass shakers on it.” 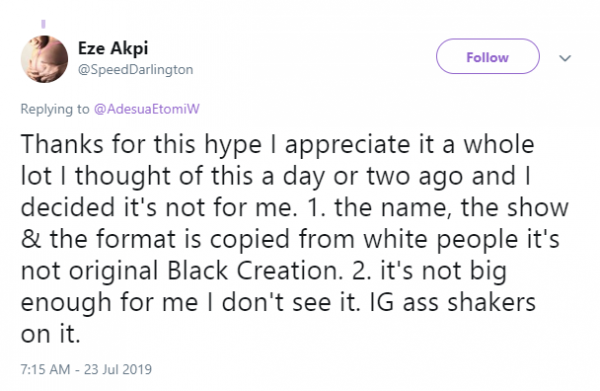