Ex-Big Brother Housemate, Tokunbo Idowu, popularly known as Tboss has confirmed that she has indeed to put to bed.

Information Nigeria recalls news broke out that she had given birth to her first child, a baby boy, in the early hours of Tuesday.

However, the picture of the baby circulating online is not her child as it has been in existence on the internet for many months.

There has been different controversies surrounding the father of the child.

The reality star had also denied being pregnant until a few weeks ago when she was spotted with her bump at a clinic in Abuja.

Tboss later came clean and admitted to being pregnant but refused to reveal the identity of her baby daddy. 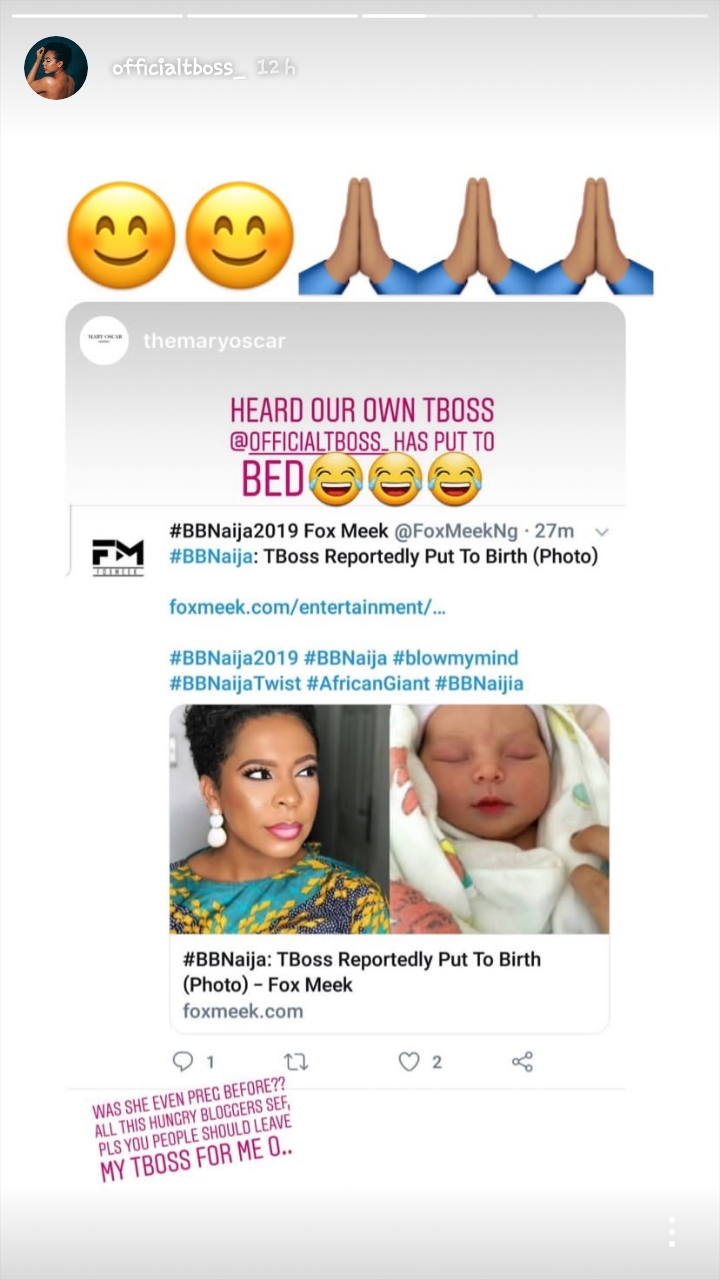 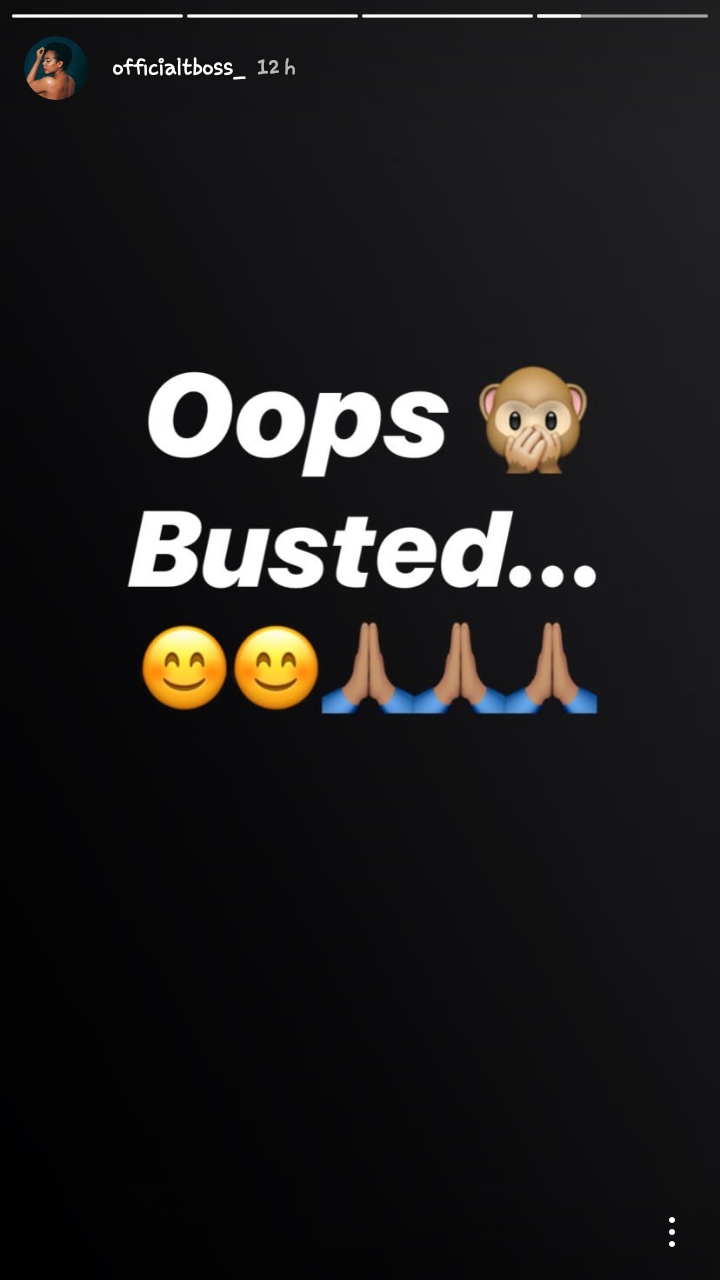